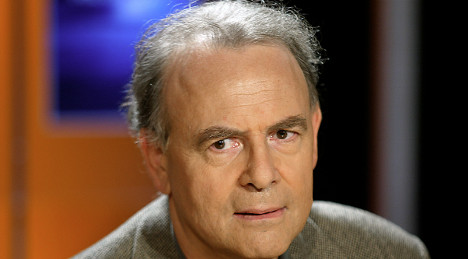 The award was announced by Peter Englund, Permanent Secretary of the Swedish Academy, who said that the French writer was being recognised for "the art of memory" in capturing the lives of ordinary people under the World War II occupation, from 1940 to 1944.

Modiano, is a French historical novelist whose work is largely inspired by Paris under the Nazis.

On Thursday Modiano described his win as "a bit unreal" and dedicated it to his Swedish grandson.

Speaking hours after the prize was announced, the publicity-shy 69-year-old writer told reporters in Paris: "It seems a bit unreal to me," adding that it was as if it was happening to someone else.

"He evoked the most ungraspable human destinies and uncovered life under of the occupation," Englund said.

"This is someone who has written many books that echo off each other… that are about memory, identity and aspiration," said Englund.

"Patrick Modiano is a well-known name in France, but not anywhere else. He writes children's books, movie scripts but mainly novels. His themes are memory, identity and time.

A collection of the work of French Nobel Laureate Patrick Modiano. pic.twitter.com/6SrRL7B7Rd

Modiano has been writing since the 1960s and will turn 70 next year, but has had very little of his work published in English.

That may all change after Thursday's announcement of course.

He was born in a west Paris suburb two months after the second world war ended in Europe in July 1945.

The Nazi occupation of France has provided the material for a large part of Modiano's literary production.

Modiano, described by one critic as "1 metre 90 of shyness and candor," is one of France's most celebrated writers, and a winner of the country's top award the Goncourt.

The 69-year-old has described the occupation of France as "the soil I grew up in".

The #Nobel watchers don't seem to have been expecting a French guy to win. #Modiano very popular in #France

Apart from a long series of books, in the early 1970s, Modiano co-wrote the screenplay for Lacombe Lucien, a movie directed by Louis Malle focusing on French collaboration with the Nazis.

In a 2012 interview with Le Figaro newspaper Modiano compared writing to driving in fog: "You don't know where you're going, you just know you have to go on."

He will be presented with his award at a formal ceremony in Stockholm on December 10, the anniversary of prize founder Alfred Nobel's death in 1896.

Read The Local's live blog from the Nobel Prize announcements

A total of 210 people were nominated for the award in 2014, with other names touted for the prize including US singer-songwriter Bob Dylan, Syrian poet Adonis, Canadian poet and novelist Margaret Atwood, British novelist and essay writer Salman Rushdie and Austrian novelist Peter Handke. 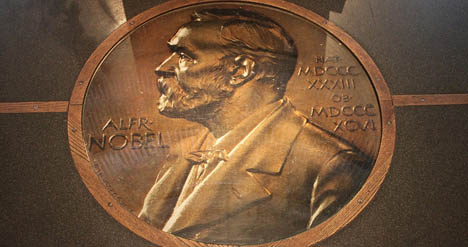 "The euro crisis, I've said it before, is behind us. We've given Greece the funds it was waiting for. In Spain we've helped keep the banks afloat. In Italy, even if there's political uncertainty, I'm sure the Italians will address it," Hollande told journalists in Oslo.