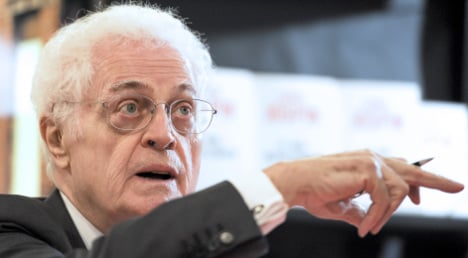 Jospin, who was prime minister of France from 1997 to 2002 defended the 35-hour week with pride, describing it as “one of the instruments of a great and effective employment policy”.

“I remain proud to have led the government which drove through the reform,” Jospin said.

“Make more, work less” – that was the argument French leaders famously put forward in support of their flagship 35-hour week, but critics of the law regularly claim it is harming the competitiveness of the French economy.

The issue of the 35-hour week has regularly flared up over the years, but despite criticism, consecutive French governments have repeatedly refused to scrap it.

Jospin was asked to speak before a parliamentary committee that was set up to examine the impact of the famous legislation, that has been the subject of much ridicule in Anglo countries.

“In 1997, our compatriots were obsessed by unemployment. The aim was to restore confidence to a country, because confidence is a factor in productivity,” said the former Prime Minister.

“Faced with a choice of increasing salaries or helping hundreds of thousands of men and women into work, we chose a return to employment,” Jospin said.

Jospin accepts that the 35-hour week or the “reduction du temps du travail” (RTT) was not a “miracle cure” for unemployment in itself but was part of a wide range of policies aimed at bringing down unemployment and that a return to growth was key.

“It was only when growth was reignited that we introduced the first law around the 35-hour week,” said Jospin to highlight the contrast with the current predicament France is in with record unemployment but zero growth.

Jospin, as might have been expected, came under attack from right win MPs, notably Bernard Accoyer, who said the legislation “had the whole world laughing” at France.

However, in a move that highlights just how sensitive the subject is in France, he was quickly hauled back into line by his Prime Minister.