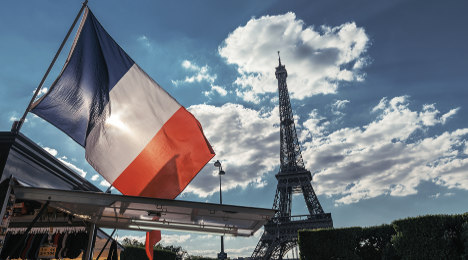 Paris's uniqueness continues to pull in expats, according to a new global study. Shutterstock

While all the talk is often about French people going abroad to make a life for themselves, their home country and in particular its capital continue to pull foreigners in the opposite direction.

A new global survey released this week revealed that Paris is the world’s third most desirable city for expats to work in, behind London and New York.

Sydney, Madrid, Berlin, Barcelona, Toronto, Singapore and Rome made up the rest of the top ten.

The reason London and New York topped the poll was, in the eyes of the survey’s authors, no big surprise.

“In addition to being global centres of business and culture, London and New York have the biggest foreign-born populations of any cities in the world,” the report said.

While the survey noted that expats will head to certain cities for their careers – “Zurich for bankers, LA for aspiring film directors and Singapore for international customs brokers” – it is not just a furthering of their professional lives that propel people to move abroad.

"Mobile workers are not focused strictly on their careers. They are equally interested in broadening their life experience—and that can impel them toward cities where there is more freedom than in their home countries," the survey said.

In the case of Paris, the attraction is the sheer "uniqueness" of the city that gives it "an almost mystical appeal" and the contrast to other cities.

That argument would be backed up by many expats in the city.

“I had always wanted to live in Paris. I think what really attracted me was the lifestyle, which is very different to London, where I was living,” Paris based Irish expat Thomas Butler told The Local.

But naturally moving to Paris for work is not always easy as many foreigners find out.

“You have to throw yourself in at the deep end and realize it’s not going to be easy for you. People need to be prepared for that,” says Butler. “I think the best advice is to be well-prepared. People should try and have a basic level of language before they come here. The thing about living in Paris is that it’s a complicated city to live in.

“Of course it’s possible to do it on a whim, but just be prepared for the difficulties.”

In terms of the country as a whole France also scored fairly highly in the study.

Although the US is the country where the biggest number of foreigners surveyed would be willing to work (42 percent), followed by the UK (37 percent), Canada (35 percent) and Germany (33 percent).

In terms of where the French themselves would prefer to go when moving abroad, the United States proved to be the most attractive country, followed by Canada and then the UK.