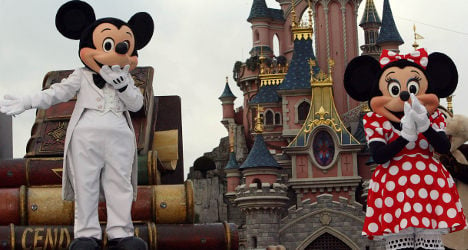 Euro Disney is getting a huge bailout. Photo: Mehdi Fedoauch/AFP

Euro Disney, the operator of struggling Disneyland Paris, a top European tourist attraction, unveiled a billion-euro refinancing package on Monday as it battles a drastic fall in visitor numbers and a mountain of
debt.

The news sent Euro Disney plummeting by as much as 21 percent on the Paris stock market.

The plan, revealed at a crisis meeting early Monday before markets opened, includes a cash infusion of 420 million euros ($526 million) by US parent company Disney and a conversion of 600 million euros of debt owed to Disney into equity.

"Disneyland Paris is Europe's number one tourist destination, but the ongoing economic challenges in Europe and our debt burden have significantly decreased operating revenues and liquidity," he said in a statement.

The emergency plan is "essential to improve our financial health and enable us to continue making investments."

Disneyland Paris is pinning its hopes on its new star attraction Ratatouille, which cost a record 200 million euros and is "a success with more than one million visitors since it opened," according to the firm.

Once described as a "cultural Chernobyl" for its blend of French and US traditions, the park and adjoining hotel complex opened in 1992 on the eastern outskirts of Paris in a blaze of publicity.

But it took time to take off and has since run into a series of crises and struggled to turn a profit.

Nevertheless, the site eventually built up its visitor numbers and has welcomed more than 275 million guests, making it Europe's top private tourist attraction.

Thunder Mountain, debt mountain However, clouds have been gathering over Disneyland Paris and visitor numbers have collapsed in the past two years.

The firm revealed on Monday that between 14.1 and 14.2 million visitors passed through the turnstiles between September 2013 and September 2014, a drop of between 700,000 and 800,000 compared with figures for the same period the year before.

In the 2012-13 period, it had already haemorrhaged one million visitors as crisis-hit locals and tourists tightened their belts.

The drop in visitors is "more than half" due to a collapse in local tourist numbers, financial director Mark Stead told AFP, as France suffers a crippling economic crisis with sky-high unemployment.

"But the Belgians have dropped as well, while the British, Spanish and Italians have come in bigger numbers," said Stead.

The firm has always struggled to turn a profit – its last was in 2008 – and it predicts a loss of between 110 and 120 million euros in fiscal year 2014, compared with a 78 million euro loss in the previous period.
Park size restricts growth

And the park boasting Space Mountain and Thunder Mountain is also weighed down by a debt mountain of some 1.7 billion euros.

By converting the debt owed to Disney into equity, the firm hopes to reduce this to just under one billion euros.

It should also improve Euro Disney's cash position by around €250 million , the firm said.

"With savings made from interest charges, this will save us more than 800 million euros over 10 years," Stead predicted.

Union representative at Euro Disney, Patrick Maldidier said it was a "relief" for staff that no job cuts had been announced.

However, he said management had predicted "two or three years more of painful figures in terms of visitor numbers."

Tourism expert Didier Arino from Protourisme said: "Euro Disney's problem is its business model, due to their debt and their initial investments."

He said: "The company restructures every time and finds itself on the edge of the abyss 10 years later. It can't earn much more money" because there is a limit to how many visitors the park can hold, judged the analyst. 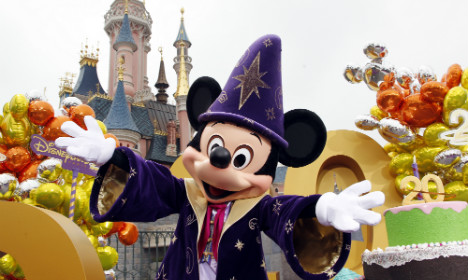