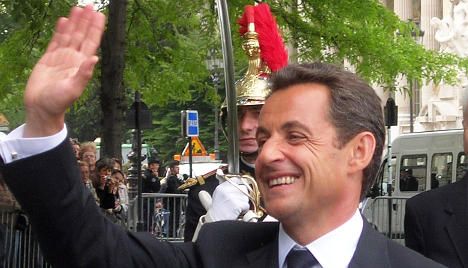 The so-called "Bygmalion affair" concerns invoices for events staged by PR company Bygmalion during the campaign that were allegedly charged to Sarkozy's UMP party rather than the campaign coffers.

Former top aide Eric Cesari, described as the "eyes" of the former president, was charged with forgery and abuse of trust along with party financial director Fabienne Liadze and former communications chief Pierre Chassat, a legal source told AFP.

Sarkozy announced two weeks ago that he would run for the leadership of the conservative UMP, seen as clear positioning for another presidential bid in 2017.

Sarkozy, who lost re-election in 2012 to Socialist rival Francois Hollande, has always denied any wrongdoing in the Bygmalion affair.

According to a source close to the inquiry, the UMP picked up the tab for around €18.5 million ($23.3 million) in expenses that should have been billed to the Sarkozy campaign.

Despite a prime-time television outing and several days travelling around France drumming up support, Sarkozy's return to politics has become mired in his several legal battles.

He received a boost last week in another case when a probe into corruption and influence-peddling was frozen pending a study of a request by Sarkozy to have it dismissed.

At the same he does not appear to be energising the voters.

A YouGov/Huffington Post poll published on Thursday showed that 56 percent of voters were opposed to his return, with only 32 percent in favour.

Sarkozy's comeback also suffered another kind of blow on Thursday when ex-president and still-popular Jacques Chirac came out in favour of his main rival to head the UMP, Alain Juppe, a former premier and foreign minister.

"I have always known that Alain Juppe would answer the call of his destiny and that of France. Few things would give me as much pleasure, for me, for him and especially for our country," Chirac said.

The third person in the running to lead the UMP into the next presidential election, ex-prime minister Francois Fillon, has raised the issue of the Bygmalion scandal, claiming it was well known in the party at the time of the campaign.

"I wasn't involved in organising the 2012 campaign but I often heard about Bygmalion and I often saw that Bygmalion was a company that worked regularly with the UMP," Fillon told French television.

Sarkozy himself has insisted that had not heard of Bygmalion until "a long time after" the 2012 campaign.