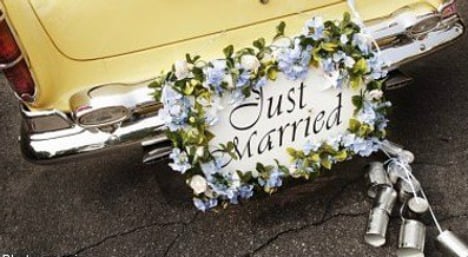 Elisabeth Lorentz, 48, will marry Eric Holder, three years her junior, in the small village of Dabo in Alsace-Lorraine, northeastern France.

She was previously married to Holder's father but the couple are not blood relatives. Nonetheless, French law prohibits all unions between stepchildren and step-parents — even former ones. The couple pleaded their case through the courts right up to the Elysée Palace, only to receive a signed letter from President Francois Hollande last year reconfirming that such marriages are banned.

They finally obtained the right to marry from a local court in north-east France in June. The prosecutor's office opposed the decision but did not appeal.

"At last, it's the big day! I simply hope that our story will be useful to other couples in our situation, because I know there are some," said Lorentz.

The ex-husband of the bride, who is also the father of the groom, will be among the 100 or so guests at the civil and religious ceremonies in Dabo.

"He has always supported us," Lorentz said.