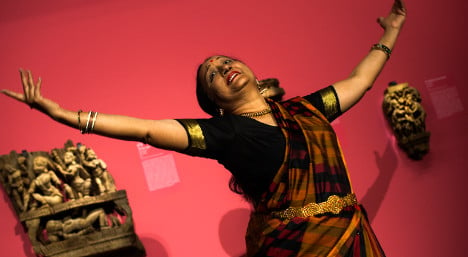 "The Kama Sutra is not a dirty little text" - according to curator of new exhibition in Paris. Photo: Lionel Bonaventure/AFP

If you mention the words "Kama Sutra" in Europe or North America you're likely to draw a blush or knowing nod about what's considered in the west a sex manual.

But the exhibition at the private La Pinacothèque museum, which runs through January, gives viewers a broader perspective on the text that also serves as a guide to virtuous living, love, family and how humans can feel pleasure.

Co-curator Dr. Alka Pande said: "I want people to go away with the view that the Kama Sutra is not a dirty little text but a book of life."

Here is a look inside the show from Parisian News TV: