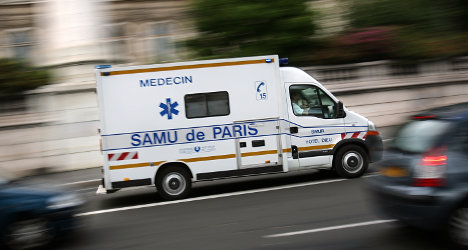 A tragic story in northern France when a husband was killed by his wife who had come to his aid after a car crash. Photo: AFP

A 54-year-old man and his daughter were driving near the town of Carville just after 11pm when the father lost control of the vehicle at a sharp curve in the road. The vehicle flipped and rolled over several times before coming to rest in a roadside ditch.

Incredibly, the father and his 16-year-old daughter crawled out of the wreckage unharmed, French daily Ouest France reported. The father then called his wife and asked her to come and pick them up. But as she approached the crash site the woman lost control of her vehicle at the same sharp curve in the road. As her car rolled it hit and killed her husband. Thankfully, the daughter also survived the second crash unhurt as the car narrowly missed her.

France's roads once had a reputation for being particularly deadly, but by last year government efforts and safer vehicles have resulted in France seeing its lowest ever road fatality rate.

Continuing on that trend, French roads saw their least deadly summer ever in 2014, which was in part attributed to unusually cool and rainy weather that kept many people at home.