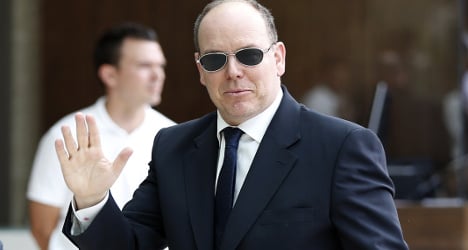 It's a crime to insult Prince Albert II of Monaco, shown here, as one man found out the hard way. Photo: Valery Hache/AFP

Disregarding a prosecutor’s recommendation of an eight-day jail term and a €1,000 fine, a judge in Monaco sent a Tunisian man away for three months over a "vulgar" tirade directed at Prince Albert II and his family.

The 28-year-old man, who was not named, was even handcuffed as he was sentenced on September 23rd in one of the tiny principality’s courtrooms. He'd been convicted of public insults against the royal family, even though he denied the facts of the case, saying it was a misunderstanding.

The trouble started the previous Wednesday when he went to a courthouse annex while looking for the work-related accidents department and began shouting at an attendant, AFP reported.

While the worker tried to calm him down, the man allegedly worked himself into a rage that culminated in the "vulgar" insults directed at the royal family. French news reports didn’t provide any details on what he allegedly said.

A bailiff who overheard the comments called police immediately, who then arrested the Tunisian man.

This case echoes one in France last year that had a decidedly different outcome.

A French court convicted a member of the public in 2008 for offending then President Nicolas Sarkozy.

In August that year, leftist activist Hervé Eon had stood before Sarkozy during a presidential visit to Laval, in western France, brandishing a sign bearing the words “Casse-toi, pov’ con”, which means “Get lost you sad idiot".

The phrase correctly spelled "Casse-toi pauvre con" was the same line Sarkozy himself had infamously used to rebuke a member of the public who had refused to shake his hand at an event in Paris earlier that year.

But the president's guards did not see the irony and Eon was immediately taken in for questioning. He was subsequently convicted of "causing offence to the chief of state" and fined €30.

However in 2013 the European Court of Human Rights ruled that France had been wrong to convict the activist.