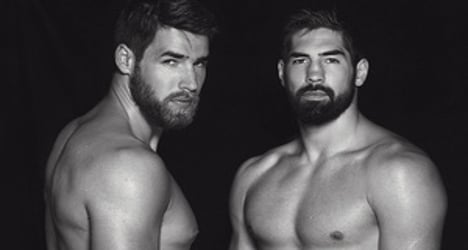 Thursday was a big day for fans of (nearly nude) French sports stars, with the release of the 15th edition of the "Dieux du Stade" (Gods of the Stadium) calendar.

It is another edition of flesh, muscles and toned abs for a calendar that was originally created as a charity fundraiser.

In the decade and a half since first appearing, the annual editions have helped raise the profile of French rugby players, but also the other which sports stars from France who are now also included.

For the benefit of our readers who enjoy sport (and semi-naked flesh) we've cobbled together some images from this year's calendar as well as from past editions.

And if those images were not enough, you can watch the making of the calendar in this video from Canal Plus TV station, which leaves almost nothing to the imagination.