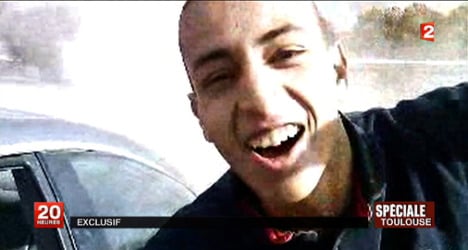 French anti-terrorism authorities arrested three suspected jihadists on Tuesday at a Paris airport, including the brother-in-law of terrorist Mohamed Merah who killed seven during a murderous spree in southern France two years ago.

Turkish authorities alerted French anti-terror police after catching the men in August as they snuck into Turkey following several months in Syria. But it was only on Tuesday when the trio's plane landed at Orly airport that they were arrested.

The men told investigators they had gone there with peaceful intentions, but were instead held captive for months by extremists from Islamic State of Iraq and Syria militants who are control of swathes of both countries, French magazine Le Point reported.

Abdelwahed B., whose full name wasn't cited in French reports, is the husband of Souad Merah, who's brother Mohamed Merah was killed by police after his terror attacks on soldiers and a Jewish school in 2012.

The Merah family have remained under close surveillance since the attacks because there continues to be suspicion Mohamed Merah got help from family and friends in carrying out the killings. Souad Merah has been described as a potential terrorist and was suspected of having joined the fight in Syria. She is now believed to be in Algeria.

The arrests came just a day after Isis called on Muslims to kill citizens of countries taking part in the US-led coalition against the jihadists, especially the 'dirty and spiteful' French.

French authorities are particularly wary about nationals who have travelled to the two restive countries to wage jihad and may return to their home country to stage attacks.

Among the two others who were held Tuesday was a 27-year-old man who had already been arrested in 2007 for being part of a network that recruited candidates for jihad in Iraq, an intelligence source said.

The third was a resident in the southern city of Albi where another jihadist network was dismantled over the summer.