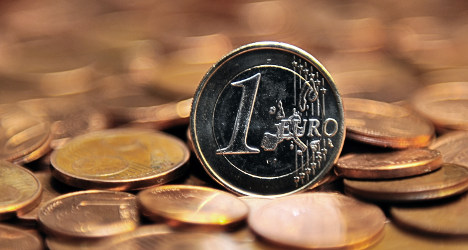 German industry's chief lobbyist warned France Tuesday that Berlin did not bear the blame for its neighbour's economic woes and could not be expected to solve them.

In blunt remarks reflecting tensions between the two countries, the head of the Federation of German Industry (BDI), Ulrich Grillo, told a conference in Berlin attended by Chancellor Angela Merkel and French Prime Minister Manuel Valls that Paris needed to face up to its own problems.

"With all due respect for its domestic political situation, Germany is not to blame for France's problems. Germany is not responsible for solving these problems," Grillo said.

"Now the right words need to be followed by the right actions," said Grillo.

Berlin, meanwhile, has pushed for painful structural reforms in response to the eurozone debt crisis, in a strategy that has opened a wide political cleft between the two countries traditionally seen as the motor of European integration.

Germany has presented a balanced federal budget for 2015 — the first in 45 years — and rebuffed calls for deficit spending to kick-start the eurozone economy.

France is struggling with zero growth and record unemployment and this month conceded it won't get its ballooning budget deficit down to the EU limit of three percent of gross domestic product until 2017.

Valls, at a joint press conference with Merkel Monday, insisted France  was "not the sick child of Europe" and that he would push through the reforms known as the Responsibility Pact, a package of €40 billion ($52 billion) in tax breaks for business, financed with 50 billion euros in public spending cuts.

But he told the BDI conference Tuesday that "we need Germany to promote economic growth in the eurozone".

"I know that this idea is not yet shared by everyone. But I think that it's gaining ground and that things are starting to move."

However he added: "I will never ask Germany to solve France's problems".

Merkel, for her part, reiterated in her speech to the BDI that "budgetary discipline and growth policies are not contradictory — they go together hand-in-glove".