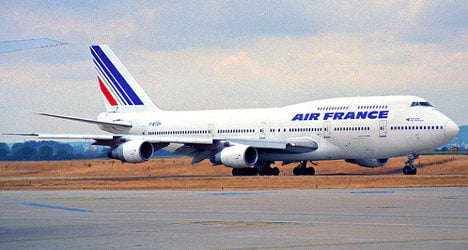 There is no end in sight to the Air France pilots' strike Photo: Aeroicarus/Flickr

French Prime Minister Manuel Valls warned of a "real danger" for Air France as a pilot strike that has grounded more than half its fleet deepened Tuesday after talks hit an impasse.

The strike over plans to expand the company's budget airline Transavia in Europe entered its ninth day at a cost of €20 million ($25.7 million) daily.

"There is no reason for this strike … It is jeopardizing the image of France and represents a real danger for Air France," Valls told Europe 1 radio.

"This strike must stop. Management has made a number of proposals and it seems to me the conditions are in place for the positions of either side to come together."

There was brief hope of a breakthrough Monday after the company offered to freeze the development of Transavia, seen as vital to compete in the cut-throat aviation sector.

Alexandre de Juniac, chief executive of Air France-KLM — Europe's second largest airline after Lufthansa — said this was the "last offer" to break the deadlock that has grounded on average 60 percent of the fleet.

However, the main pilots union rejected the offer as a "smoke-screen that offers no more guarantees than previous offers and does not solve any problem."

The longest strike at Air France since 1998 "has had disastrous consequences for customers, employees and the company's finances," the airline said.

Pilots are due to stage a rally, in uniform, near the National Assembly lower house of parliament on Tuesday afternoon.

They fear the airline will seek to replace expensive Air France pilots, who can earn up to €250,000 a year, with Transavia pilots, who are paid considerably less.

Unions have threatened to extend the strike until Friday unless their demands are met.