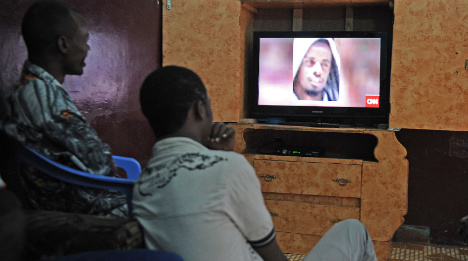 "France and President (Francois Hollande) supported with intelligence and coordination" a US air strike that killed Ahmed Godane, the commander of the Islamist faction responsible for a string of deadly attacks throughout Somalia, the weekly Le Point magazine said.

The US confirmed that Godane — one of the world's eight top terror fugitives — was killed in a drone and aircraft strike in southern Somalia on September 1st.

Paris is said to hold Godane responsible for the capture of two French intelligence agents in Somalia in 2009. One, Denis Allex, was killed in an unsuccessful commando raid to free him in January 2013.

According to Le Point, "elements for this operation — namely the precise identification of (Godane's) truck and the road he had to take — were sent to the Pentagon" by France's foreign intelligence service.

Al-Shabaab has vowed to retaliate for Godane's assassination, and the US embassy in Uganda said Saturday that local security services had foiled a "terrorist cell" linked to the militant group.