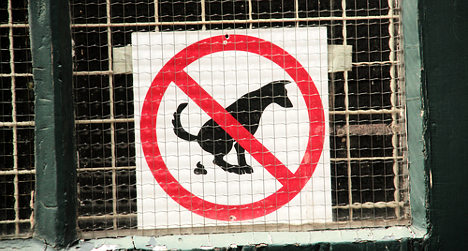 The people of Arras have had enough of seeing the mess made by mutts left lying on the footpaths, newspaper La Voix du Nord reports.

It’s hoped the Day-Glo appearance of the pink piles will make owners aware of the need to clean up after their defecating dogs.

For people living in the Saint Michel buildings, the de-pooing project is serious business. Only once dog owners have taken the hint will plans be put in place to open a communal garden space for residents of the 405 apartments.

Poo-watchers across France are likely to monitor the project with interest as officials everywhere grapple with the same messy problem.

Last year, one Paris suburb began using video surveillance to snoop on dog owners and swoop on anyone who failed to pick up after their mutts.

Also in the capital, a spokesman for the city told The Local:

“We will continue to hand out fines to dog owners who flout the law.