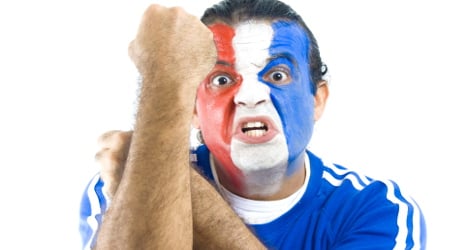 In all countries surveyed, except France, more people said the EU should accommodate Britain's concerns about the the bloc rather than see it leave.

A total of 57 percent of Brits said the EU should take their concerns into account with only 35 percent expressing the view that Britain should leave.

But it was a whole different story on the other side of the English Channel.

A majority of French people (52 percent) wanted Britain out of the EU with a mere 42 percent believing Brussels should take London's concerns into account.

The German Marshall Fund think tank surveyed people in the major EU countries for its annual poll of global public opinion, and for the first time asked whether Britain should leave the bloc.

Prime Minister David Cameron has pledged to hold a referendum on Britain's membership of the EU if his conservatives win the next election.

The prime minister promised the referendum under pressure from the powerful eurosceptic wing of his party and to win back voters from the UK Independence Party, which won May's European Parliament elections, beating the Tories into third place.

Cameron has vowed to claw back powers from Brussels and then put his country's membership of a reformed bloc to the vote.