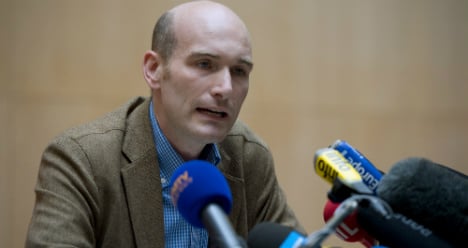 The revelations about the alleged Brussels museum shooter, Mehdi Nemmouche, continue to come, with the latest reports saying he planned a major attack in Paris on France's national day, July 14.

French daily Libération says Nemmouche claimed he was going to carry out an attack on the Bastille Day parade that he bragged would have been "five times worse" than the terror attacks by Mohamed Merah that left seven dead and five wounded.

However, the Paris prosecutor's office, which is investigating Nemmouche, denied the report saying in a statement on Monday they'd found no evidence of "plans for an attack on French soil, especially not on July 14 in Paris."

Libération reported that Nemmouche allegedly boasted about these plans in front of French journalists held hostage in Syria.

Those journalists have since given detailed statements to French authorities about what Nemmouche, who was arrested during a chance police on suspicion of gunning down four people at the Jewish Musem of Brussels in May.

One of a group of four journalist hostages freed in April, Nicolas Henin wrote in the website of Le Point magazine the 29-year-old, who spent more than a year fighting in Syria, was a feared and violent figure.

"He was part of a small group of Frenchmen whose visits would terrify the 50-odd Syrian prisoners held in the cells nearby."

"Every night the blows would start raining down in the room, where I was also interrogated. The torture lasted all night, until dawn prayers."

Interior Minister Bernard Cazeneuve confirmed that French intelligence services had "transferred elements to the judiciary that suggest (Nemmouche) may have been the jailer of our hostages," following a report in Le Monde newspaper.

"Justice must be done. (Nemmouche) must be judged, and he will be."

A police source told AFP the freed hostages had recognized Nemmouche from photographs following his arrest.

Le Point said that Henin had kept quiet on Nemmouche's role in his detention to protect the Western hostages still being held by Islamic State militants, but decided to speak out following Le Monde's report.

But another of the journalists released in April, Didier Francois of Europe 1, denounced Le Monde's revelations as "irresponsible".

"This poses a real problem for the ongoing investigation, for the witnesses and for the hostages that remain over there," Francois told the Liberation newspaper.

He said the story could "alert other kidnappers that the French authorities hold information on the members of this terrorist group. It will allow them to protect themselves, which endangers the work of counter-terrorism specialists and French citizens."

Nemmouche, a Frenchman of Algerian descent, was remanded in custody in early August on charges of "murder in a terrorist context" over the May 24 shooting, which left four dead.

He is slated to appear on September 12 before a Brussels judge who will decide whether to extend his preventive detention.

The attack in broad daylight left an Israeli couple, a Frenchwoman and a Belgian man dead, and raised fears of terror attacks from foreign fighters returning from Syria.

Nemmouche was arrested in the southern French city of Marseille days afterwards.

He has been sentenced seven times in France, including for armed robbery, and has spent seven years in jail, where he was found proselytising Islam.

Henin, in Le Point, described Nemmouche as "a self-centred fantasist for whom jihad was finally an excuse to satisfy his morbid thirst for notoriety. A young man lost and perverse."

"He probably didn't join the Syria fight for some ideal, but above all due to a lack of recognition," echoed the journalist at a press conference.

Two American journalists, James Foley and Stephen Sotloff — with whom Henin said he was kept for a period — were videotaped being beheaded by a militant who spoke on camera with a British accent.