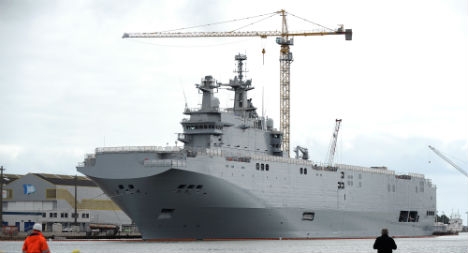 "I will decide at the end of the month of October, based on the situation," he said, referring to the implementation of a newly announced ceasefire in Ukraine which has sparked hopes of an end to the conflict.

"We were never forced to suspend the contracts," Hollande said.

"I thought it was not possible to deliver the first ship at the end of October while there was proof that Russian military could be intervening in Ukraine," he said.

The DCNS group, which is in charge of building the Mistral, declined to comment when contacted by AFP on Thursday.

It also declined comment on the penalties France would have to pay by not honouring its contract — thought to run into billions of euros.

Paris agreed in 2011 to build and sell the two assault ships to Russia, with the first scheduled for delivery in October or November and the second in 2015.

However, under fierce criticism from allies including Britain and the United States, France earlier this week said it had suspended the delivery. 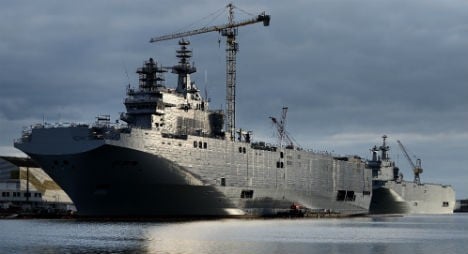 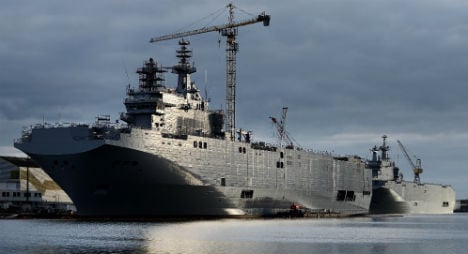