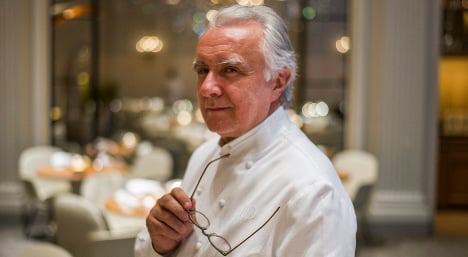 Alain Ducasse, France's godfather of gastronomy has gone against the grain by banning meat from his menu. Photo: Fred Dufour/AFP

Top French chef Alain Ducasse has gone against the grain of French culinary tradition by banishing meat from the menu of his restaurant at the famed Paris hotel Plaza Athenee.

Ducasse, whose global restaurant empire has notched up multiple Michelin stars, told AFP that turning over a new leaf to explore a lighter, vegetarian-style cuisine was about a search for greater "naturalness".

"The planet's resources are rare, we must consume more ethically and equitably," Ducasse said, repeating the word naturalness – a new fad of his – several times during an interview with AFP.

The new menu at the restaurant, which reopened on Monday, draws heavily on organic cereals, vegetables grown in the gardens of the famed chateau of Versailles built by France's "Sun King" Louis XIV, as well as fish.

The offerings include black rice cooked in the oven with shellfish, calamari and octopus; Mediterranean monkfish teamed up with bulgar and quinoa with shellfish.

Despite the accent on rusticity and simplicity, meals do not come cheap, priced at 380 euros ($500) a head excluding drinks.

Ducasse's new-look menu banishes cream while butter and sugar will be used as sparingly as possible.

"My obsession is to remove sugar," he said, adding that desserts too will take on a new twist.

"People ask us for cream or caramel with chocolate," he said, adding that he would not give in to such requests "otherwise it's just globalisation. We all eat the same fat and the same sweets," he said. Ducasse also stressed that humbler varieties of fish were far more complex and challenging to handle, comparing the sardine to the far more expensive turbot.

Ridding a sardine of skin and bones and turning it into an "open wallet" involved almost surgical skills, he said.

"The humbler the product, the more attention it demands," he said.

There are also other radical suggestions at the restaurant, which had a three-star Michelin rating until it closed along with the hotel for renovation in October.

The 100-year-old hotel, a Paris institution, will reopen fully in September. A part of the hotel was reopened on August 1.

Ducasse's restaurant has been entirely redecorated but has not lost any of its opulence.

It is replete with mirrors and houses a cabinet filled with gold and silver and copper culinary objects from Ducasse's personal collection.

Service is posh, with guests welcomed with a herb juice and vodka drink served on a diamond shaped icecube in a crystal glass.

Ducasse denies it's over the top, adding: "We are not here to do simple things." 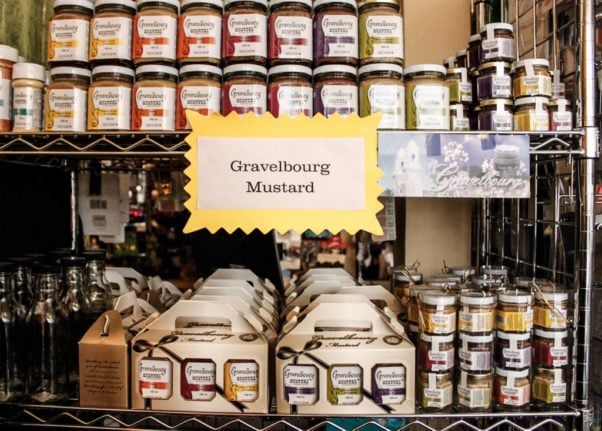