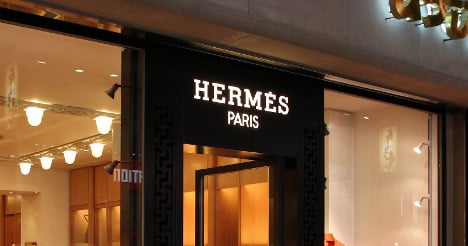 The battle between French brands LVMH and Hermes has ended in a truce. Photo: Shutterstock

The agreement ends for five years at least any ambition by LVMH, with vast interests from champagne to luggage, to embrace Hermès, known for silk scarves and high-fashion handbags.

LVMH, a leader in the global luxury business, had built up a holding of slightly more than 23.0 percent in smaller rival Hermès, opening hostilities by first acquiring 14.2 percent discreetly in 2010 by means of complex financial instruments.

The Hermès family, shocked at this initial incursion into their share capital, closed ranks and grouped most of their shares in a holding company.

This had the effect of ring-fencing control in the boardroom and closing the door to any takeover by LVMH.

Litigation followed, largely over the legal and financial techniques used by either side, to gain the upper hand.

Under the deal announced by LVMH on Wednesday, and brokered by the president of the Paris commercial court, LVMH is to distribute all of its shares in Hermès among its own shareholders, and undertakes not to buy any Hermès shares for five years.

The immediate effect of this end to prospects of a bidding war for Hermès, pushed down Hermes shares by 9.38 percent to €238.10.

Sources close to the matter said that the agreement would generate a capital gain of about €2.8 billion for LVMH, and LVMH shares rose by 2.10 percent to €135.85.

Since LVMH revealed in October 2010 that it had secretly built up a holding, shares in Hermes had risen by 64 percent to €262.75 late on Tuesday.

LVMH would therefore have made a profit from the Hermes shares given the sharp rise in the stocks' value.

The agreement was structured so as to limit the damage to Hermès shares, since an outright sale of the holding could have hit the price far harder.

LVMH was founded by French business tycoon Bernard Arnault, and his own holding company Groupe Arnault, as a shareholder in LVMH and in another Hermès shareholder Dior, will end up with 8.5 percent of Hermès once the shares have been distributed, an operation to be completed by December 20th.

At brokers Barclays Bourse in Paris, director Franklin Pichard said: "The speculative premium for Hermès shares has disappeared, hence the plunge in the price this morning. However, investors welcome the distribution to come for shareholders in LVMH and Dior." 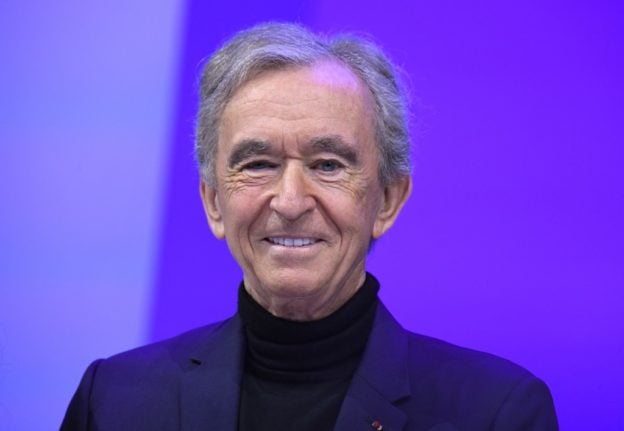 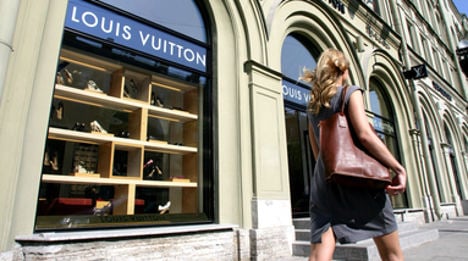 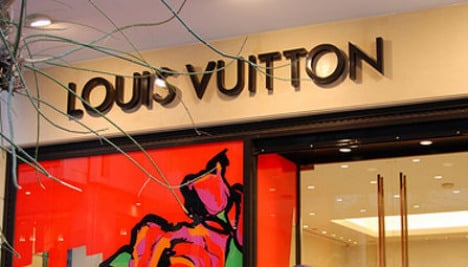 The top luxury group said its profits from recurring operations broke the €6 billion level for the first time, rising two percent to 6.021 billion.

Last year "saw another excellent performance from LVMH despite exchange rate volatility and slower growth in the European markets," the company's chief executive Bernard Arnault said in a statement.

Organic growth slowed to eight percent from the nine percent recorded in 2012.

The results were slightly below expectation of a net profit of €3.5 billion on sales of 29.34 billion with profit from recurring operations at 6.05 billion, according the consensus of analysts polled by Dow Jones Newswires.

Sales in the fashion and luxury goods segment, the biggest for the group, dipped 0.4 percent to 9.9 percent in reported terms but grew 5 percent on an organic basis, which eliminates exchange rate fluctuations and changes in the company's structure.

Watches and jewelry also dipped on a reported basis, but other segments reported sales growth in both reported and organic terms.

Arnault explained the slowdown in growth to the headwinds hitting the sector due to the global economic situation, as well as developments in certain countries such as China, where a crackdown on corruption has hit sales of luxury items.

The strong euro also hurt the results and the company shifted its offer, including in Louis Vuitton where it new favours the high-end leather bags instead of other models.

The French company nevertheless expressed confidence for its outlook.

"Despite an uncertain economic environment in Europe, LVMH is well-equipped to continue its growth momentum across all business groups in 2014," it said in a statement.

The company's management proposed a seven percent increase in its dividend payment to €3.10 per share. 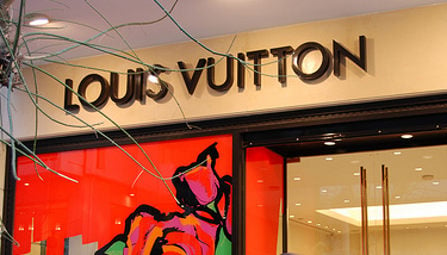