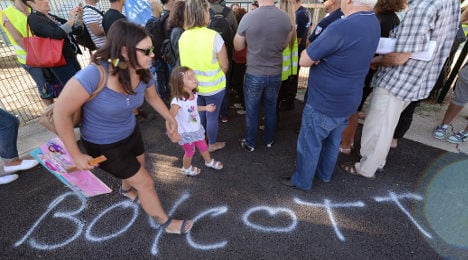 Pupils' parents, opposed to the government's reform of school timetable protest in the south of France. Photo: Boris Horvat/AFP

In the end the rebellion was not quite as widespread as the government had at first feared; nevertheless around 15 communes around the country refused to open their schools on Wednesday, as mayors defied the government.

Most French primary schools across the country opened their doors for Wednesday classes for the first time in decades after a reform came into force that extended the school week to five days.

The reform, which sees pupils go in class on Wednesday mornings and reduces hours on other days, has been met fierce opposition since was implemented for a test run in several towns and cities last September.

But on Wednesday only around 15 communes, out of 24,000, refused to open their schools, as local mayors defied the changes. The government had feared it would be as many as 30 communes.

Le Parisien reported five schools were closed in the Loire department, and in the Val-de-Marne padlocks had been placed around the school gates at Limeil-Brévannes.

There was also a protest planned for Evry where French PM Manuel Valls is the mayor.

Education Minister Najat Vallaud-Belkacem said the stance of the "recalcitrant" mayors was "unacceptable" and "anti-Republican".

"There's no exception to compulsory education. Can anyone imagine for a moment that it is in the best interests of the child to miss his first hours of learning and reading," the minister said.

“We are going to refer them to the administration tribunal, who will take an injunction out against the mayors. If not then the prefects can take their place,” said Vallaud-Belkacem.

Primary school kids used to attend school on a fifth morning – usually Saturdays – until it was scrapped by the government of Nicolas Sarkozy in 2008.

The current Socialist government brought it back as it wanted to spread out the 24 hours of teaching time throughout the full week.

Supporters of the reform said the previous long days left the kids exhausted and unable to concentrate, while now critics claim kids are worn out by Thursday.

Whatever the belief the government is adamant the timetable reform will be fully implemented.

SEE ALSO: Why the five-day week is vital for French pupils 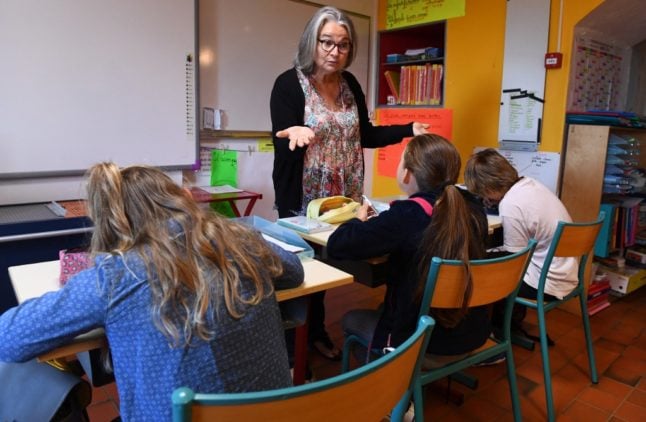