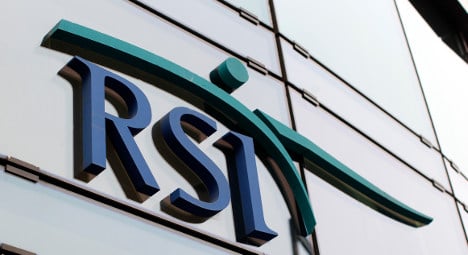 Bureaucrats at the RSI have threatened legal action against a retired baker for a debt of 22 centimes. Photo: AFP

Jean-Louis Micalet was sent the letter by bureaucrats at the Régime Social des Indépendents RSI, the body that manages social security and health benefits for independents and entrepreneurs in France.

RSI claimed that the retired baker from Frontignan, near Montpellier owed them 22 centimes – almost a third of the cost of a normal stamp (59 cents), because he was awarded this sum by mistake.

The letter also pointed out that this was the second attempt to contact him after an initial correspondence was supposedly sent out in April.

If Micalet refused to pay it back quickly, authorities would initiate debt recovery proceedings against him through the courts.

"I did not receive the first letter sent out by the RSI, otherwise I would have paid the 22 centimes," he said. "But what’s incredible is that just the cost of sending two of these letters is higher than 22 centimes”.

A furious Micalet joked ridiculed authorities by saying he would have had to spread out his re-payments.

But for their part the RSI say it’s just a job well done. No matter how small the sum due, they say they have to go after their debtors, as a public service.

RSI points out that even the smallest amounts can add up to a small fortune.

Bizarre conflicts over money repayments are not unheard of in France.

Last year The Local reported how an unemployed French woman who owed her local job centre almost €3,000 was left stunned when she was given the equivalent of 22,000 years to pay her debt, at 1 cent per month.

And last year a man hit the headlines when he decided to pay his debt to the French tax man in one and two cent coins.