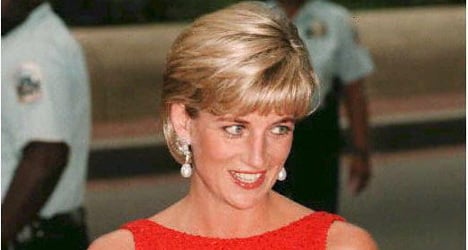 An ex-French cop has bashed the 'inadequate' security Diana had the night she was killed in Paris. Photo: John Stillwell/AFP

In Daniel Bourdon’s new book “Diana: That night”, he explains his unit just happened to be assigned to protect Lady Di on August 31st 1997, after she was killed in a car crash in Paris.

But during the hours after the accident, Bourdon says he was shocked by the lack of security precautions for the princess and her boyfriend Dodi Fayed. The security team consisted of a driver, who was found to have been drinking before he was called in to work, and just one other guard in the Mercedes Benz.

“My book is not a counter-investigation. It reproduces things as they were. Only, according to me, the princess did not have a level of security and protection that an icon like her deserved,” Bourdon told French daily Le Parisien. “It was DIY, and that allowed a chain of circumstances that had a tragic outcome.”

After Diana died Bourdon was tasked with guarding her body in the morgue at the Salpêtrière hospital. He says he spoke to her.

“I stayed at her side for 15 minutes. It was a poignant moment. Her face was magnificent,” he said. “It was like she was sleeping. I spoke to her. I told her said I found her fate. I felt such a feeling of waste.”

Subsequent probes of the crash, done on both sides of the English Channel, blamed the driver who had three times the legal limit of alcohol in his blood and was speeding in an attempt to evade paparazzi.

The sole survivor of the crash that killed Diana, Fayed and the driver was a security guard who says he remembers none of what happened.

Here is Le Parisien's video interview of the author: