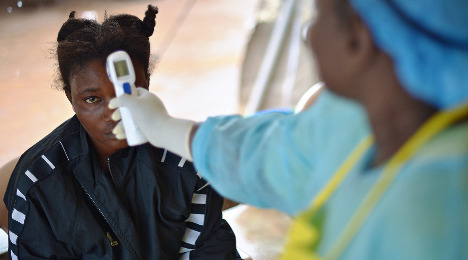 Air France has suspended flights to Sierra Leone due to the Ebola outbreak.

Earlier on Wednesday the French government had pressured Air France to suspend its flights to Sierra Leone's capital "temporarily".

"Given the way the epidemic has evolved and the condition of the health systems… the public authorities recommend to Air France that it temporarily suspend its services to Freetown," a statement said after a government meeting in Paris.

The lethal tropical virus which re-emerged in west Africa early this year has since infected more than 2,600 people.

Liberia has been worst hit with 624 registered deaths. Guinea, where the current outbreak was first detected, has reported 406 deaths, Sierra Leone 392 and Nigeria five, the World Health Organization said on Friday.

In Sierra Leone, it is the east of the country that is especially hard-hit but a death in Freetown has spread fear that the capital could be in line for a wave of cases.

According to Air France's website, it runs the 6.5-hour flight to Freetown three times per week.

Earlier this month The Local reported how unions representing Air France cabin crew were urging staff to refuse to board planes to West African regions affected by the disease. A petition was also launched asking the flagship carrier to suspend flights.

"We are afraid,” an employee of the airline told Le Parisien newspaper. “We know that this is a risky career – countries at war, dictators, ok, but this [Ebola]… It’s different”.

France's recommendation came a day after British Airways extended to 2015 its suspension of flights to Liberia and Sierra Leone due to Ebola concerns.

The airline had previously suspended its flights until September.