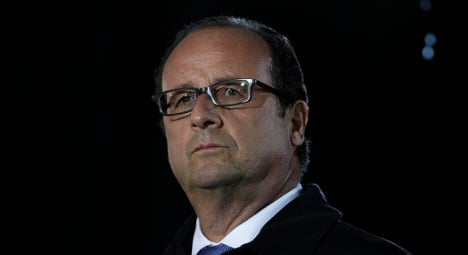 Hollande has taken decisive action, but what happens next? Photo: Joel Saget/AFP

Who will be in the new government?

At this stage we know more about who won’t be in the new government than who will be. Economy Minister Arnaud Montebourg is out, taking with him two of his supporters Education Minister Benoit Hamon and Culture Minister Aurelie Filippetti.

Unlike Hollande’s first government under former PM Jean-Marc Ayrault there will be no Greens in the ranks as they refused to work under Prime Minister Manuel Valls. It’s unlikely that Hollande will try to appease the left wing of his party again, as he did when he appointed Montebourg, by bringing more rebels into the cabinet.

Instead we can expect Valls to fill key positions with allies. Finance Minister Michel Sapin, who supports the austerity measures, may take over the whole economy brief. Hollande's allies, Jean-Yves Le Drian, the current minister of defence, government spokesman Stephane Le Foll and Foreign Minister Laurent Fabius are all expected to remain in the cabinet.

How dangerous is this rebellion?

The National Front’s Marine Le Pen, as she has been doing for quite a while, called for the dissolution of parliament on Monday. This would precipitate new elections, which is exactly what she wants.

She wasn’t the only one to talk of a dissolution, but it could only really happen if the Socialists lose their majority in parliament. Despite the open rebellion from Montebourg and the growing number of “frondeurs” (left-wing rebels) PM Valls is still likely to be able to count on a majority.

The reason for this is that those deputies on the left, whose numbers may be boosted in the aftermath of this week’s reshuffle, will not want to provoke dissolution because they know what would follow.

“They know that if they do that, most of them will have no chance of being of re-elected,” one member of the government told Le Parisien.  Elections now would almost certainly mean a crushing and embarrassing defeat for the Socialists and a return to power of the right. And even the rebels don't want that.

Le Pen wants a dissolution of parliament. But it's unlikely – for now. Photo: AFP

Hollande’s decision to oust the dissenters shows that he is not going to shift from the path he has chosen. He and Valls are still convinced their “Responsibility Pact” is the answer to pull France’s economy off its knees. The plan offers businesses tax breaks of some €40 billion ($55 billion) in exchange for a pledge by companies to create 500,000 jobs over three years.

Hollande plans to finance this with €50 billion in spending cuts, and the plan has angered those on the left of the party – including Montebourg. The irony is that Hollande and Valls both share some of the concerns expressed by Montebourg in his attack on austerity this week. Only last week Hollande announced a raft of measures aimed at boosting the spending power of the country’s most hard-up to help kick-start the economy. Valls has also promised tax cuts for millions of poorer households, as Montebourg had called for.

But unlike the rebel minister, Hollande and Valls are firmly committed to reducing the country’s public deficit. Whether they can do it or not remains to be seen, but at least his authority shouldn’t be challenged by the next economy minister.

Montebourg’s outspoken attack on Germany “crossed the line” as far as Valls was concerned but the reality is both the PM and Hollande are desperate for Berlin to do more to help the euro zone. Valls and Hollande also want the European Central Bank to take more decisive action to fight the threat of deflation.

Earlier this month Hollande called on German Chancellor Angela Merkel to do more to boost growth and ease the shackles on Europe’s struggling economies, a request that was quickly swatted away by Berlin.  Up until now Merkel has declined to listen and even on Monday, while Montebourg was launching his stinging attack, the German leader was in Madrid, praising Spain’s painful austerity drive.

Nevertheless pressure seems to be growing on Berlin. Italy’s PM Matteo Renzi has also called for a rethink of the eurozone’s tight fiscal rules. This week IMF chief Christine Lagarde also suggested Germany could play a bigger role in propelling Europe’s economy. But will Merkel be prepared to compromise?

What about Hollande’s presidency?

As far as many political analysts are concerned Hollande’s presidency is already dead in the water. With unemployment still rising and the economy stagnant they do not see how he can possibly recover his reputation and bid for a second term.

“No one expects Hollande to be re-elected in 2017,” French politics professor Philippe Marliere told The Local this week. As far back as May, when Hollande was replacing his first government, Sciences Po’s Nonna Mayer told The Local, “It’s already too late”, adding that only a miraculous improvement in jobless rates could save him.

Even with just under three years to go until the next presidential elections, France’s most unpopular president ever has been deemed a failure.

Well it looks like Arnaud Montebourg has lined himself up as the candidate of choice for the traditional left.

The rebel MP, who has never been afraid to speak his mind even when courting controversy, has a large following on the left of the party that will only have grown this week.

We can expect Hamon and Filippetti to support any bid. The only socialist party candidate that could rival him appears to be PM Manuel Valls although his popularity ratings have tumbled in recent weeks and it looks like he is suffering from working under Hollande. This all bodes very well of course for Nicolas Sarkozy.

As long as the former president can avoid a criminal conviction (as he has done so far) we can expect him to throw his hat into the ring. His popularity continues to grow each day he waits on the sidelines.

Also on the right, former PM Alain Juppé has already announced his candidacy and we can expect another ex-PM, François Fillon, to do the same. And of course there’s always the threat of Marine Le Pen, who some polls suggest would at least make the run-off if there was a vote tomorrow.