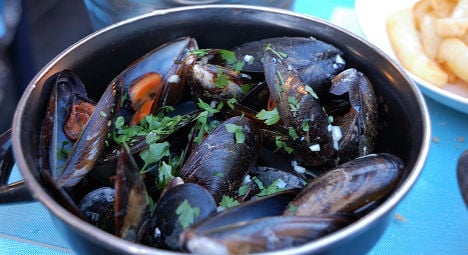 In future France may be forced to import more and more mussels to satisfy demand. Photo: Ming-Yen Hsu/flickr

The future is not looking so rosy for the shellfish cultivators of western France.

This month they reported they were in dire straits after production of shellfish – including mussels and oysters — saw a 90 percent drop after thousands of tonnes of the crustaceans died.

“It’s unprecedented,” Benoit Duriveaud, from France’s union of shellfish breeders (CNC) told The Local this week. “Producers are extremely worried, they have earned around 20 percent of what they do in a normal year.”

Duriveaud says around 80 producers who employ 6,000 workers have been hit hard by the crisis in the Charente-Maritime region, which is France’s third largest mussel producing area after Brittany and Normandy.

Stocks of oysters have also been severely hit in recent years thanks to a mysterious disease.

The producers have called on the French government to supply aid to help them through the emergency.

“The industry in this region is worth €20 million a year and we pay a lot of tax. If we disappear we will no longer be consumers,” said Duriveaud in a pointed message to the government.

Hundreds of producers expressed their anger earlier this month when they took to the streets of La Rochelle in the west of the country and emptied shell fish all over the road outside the prefecture, as Sud Ouest newspaper reported.

Hugues Morin, a 46-year-old mussel producer told Le Parisien newspaper: “Normally we would collect five to seven tonnes of mussels a day at this time of year. Now we’re only getting about 100 grammes.”

Morin said he had collected “almost no mussels to sell this season” after producing 750 tonnes of the shellfish last year.

Although the huge plunge has been blamed on pollution and bad weather, the exact cause remains unknown.

“It’s a mystery that has cost millions,” says Duriveaud. “The government needs to fund scientific research to analyse the problem and find a solution.”

French scientists blame the dramatic shortage on a huge growth in mollusk-killing bacteria, whose growth has been helped by fierce storms and heavy rain.

“These bacteria have always existed but they are now being found in larger quantities, which could explain the abnormally high death rate of mussels,” said Jean-Pierre Baud of the French Research Institute for Exploitation of the Sea.

Producers like Morin are skeptical and think the government is feeding them a line. They blame the huge drop in the number of shellfish on polluted water caused by pesticides in local rivers.

Shellfish farming employs some 3,000 companies in France and provides nearly 9,200 jobs, according to figures from the Ministry of Ecology and Sustainable Development.

It's not the first time producers have called on the government for aid. They have highlighted their plight of their industry over recent years including in 2010 when they demonstrated in Paris.