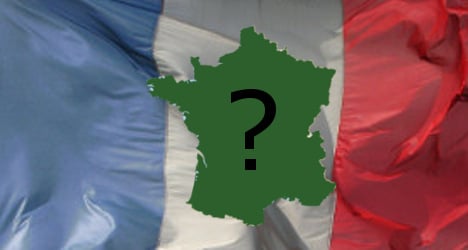 France's least touristy regions. Can you guess where they are?

Figures for the French economy may not be too rosy right now but when it comes to tourism the stats make for healthy reading.

The country welcomed 84 million visitors from abroad last year, and in terms of the money spent, French and foreign visitors splashed out €141 billion in just one year,  the most recent data from France's national statistics office INSEE revealed.

While the country as a whole does well, not every region in France is getting an equal slice of the cake.

For example, the Eiffel Tower, the Louvre and Disneyland make Paris and the Ile-de-France region big winners, but other parts of France cannot bank on anywhere near the same kind of revenue from tourists.

Visitors shelled out €38.8 billion in the Ile de France region making it the top recipient of tourist cash in France, at the bottom of the league table came Limousin, a region in central France which pulled in €1.2 billion.

The reason Limousin finished bottom of the table is believed to be its distance from France’s coastline and pristine beaches, which are prime tourist draws in other regions, INSEE suggested.

However, many would see that as a reason to visit. One Limousin-based British couple interviewed by The Local, described the region as France's best-kept secret.

"You can find just about any type of countryside here not to mention friendly people and plenty of things to do and places to visit. It really is one of France's best-kept secrets," said Taunya Smith.

Second to the bottom of the table comes Champagne-Ardennes in the north east of the country, which earned €1.48 billion through tourism. In third from the bottom position was Franche-Comté, where the takings were €1.5 billion.

Again both regions are situated a long drive from the French coastline.

The two regions that made up the bottom five are Haute Normandie with €1.65 billion in tourist earnings and Picardie which had €1.8 billion from visitors. Both are located in northern France.

These two regions are a fair trek from the regions of Provence-Alpes-Cote d’Azur, known as Paca, and Rhône Alpes where the beaches of the Riviera and the spectacular Alpine scenery made them the second most popular regions in France, each pulling around €18 billion.

The regions are well-served by transport and have developed successful “business tourism” industries.

However, times are changing and some regions of France have dramatically improved their local tourism industries, nowhere more so than Corsica.

Between 2005 and 2011 the amount of money spent by tourists in Corsica jumped 24 percent, while the Parisian region and PACA saw a 21 and 19 percent increase respectively over the same period.

That jump means that no region in France relies more on tourism than Corsica, with the industry representing 31 percent of the island’s GDP.

For a comparison only 6.5 percent of Ile-de-France’s GDP is made up of spending by tourists.