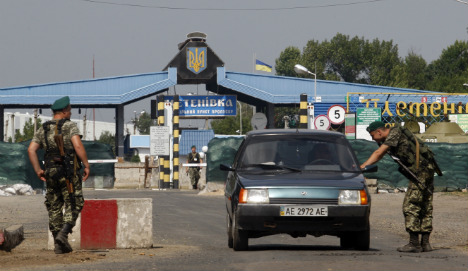 "At the moment I am speaking, there are again very high tensions on the eastern Ukrainian border. I call, first on Russia to respect the territorial integrity of Ukraine. Then, for the two presidents to make the necessary effort to stop any escalation," Hollande said.

Hollande recalled that the recently elected Ukrainian President Petro Poroshenko and Russian President Vladimir Putin held their first face-to-face meeting during celebrations of D-Day and called for the same "spirit of dialogue that was in place on June 6th in Normandy."

The French leader was speaking on the aircraft carrier Charles De Gaulle during a ceremony to mark 70 years since the southern invasion of occupied France that hastened the end of World War II.