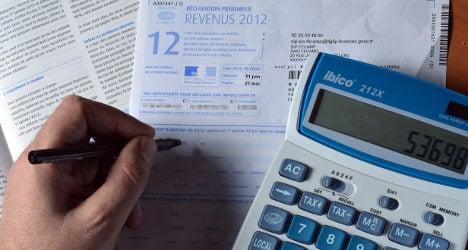 At first glance the email probably gives the impression the French taxman had decided to be unexpectedly generous this year. But in reality it is just an attempt to defraud recipients of your hard-earned cash.

Police on Tuesday warned that the phishing emails were sent out by fraudsters who were trying to take advantage of unsuspecting taxpayers.

The tricksters have purposefully timed their phishing attempts to coincide with the sending out of official notices to taxpayers informing them of how much they owe.

The phony emails looked authentic, carrying the tax department’s logo and contained links which direct users to a website that mirrors that of the authority.

“No institution, or operator is authorised to ask for details of anyone’s credit card via the Internet (email, website, forum etc.) not even the tax authorities,” police said in a statement.

The police also took to Twitter urging people to be careful and not to click on any links or to provide any personal data to such emails. “Pay attention to phishing. Be careful!”it read.

Phishing emails are not uncommon in France. According to data protection group Kaspersky, more than a million French were targeted by similar hacking attacks between 2012 and 2013.

On its website, the tax authority also warned against the emails, saying it never sks user to provide such details by email.