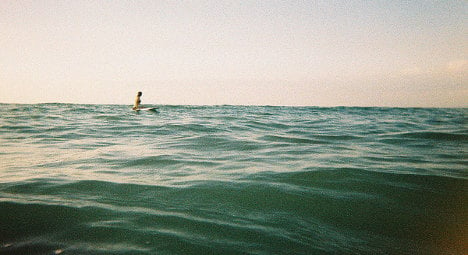 Imagine spending 36 hours clinging to a paddle board in the English Channel. Photo: Lady May Pamintuan/Flickr

The 24-year-old set out on her paddle board from the Normandy town Saint-Vaast-la-Hougue on Sunday evening, after spending the night with family.

"We had had a great night and she decided to paddle under the moonlight without telling us," her uncle Christophe Remy Nerys, told BFM TV.

"It was not until later the next day we realized she was gone."

Air and sea searches were launched on Monday but rescuers could not locate the paddle boarder, who has been named as Clemence Lapeyre from Paris .

It is unsure what happened whilst out at sea but it appears strong currents, the wind and rough seas prevented her from being able to get back to her starting point.

After spending two nights desperately trying to stay on her board, she was found the next day at around 3.30 pm having drifted around 100 km to the east, regional newspaper Ouest France reported. She was discovered about 45km from the port of Le Havre by a Belgian fishing boat.

"She fell off her board three times," her uncle said. "Apparently she tried her best to stay conscious and cling to her board and not let go."

According to Ouest France she was able to alert her sister to let her know she was safe and sound. France's national maritime rescue service SNCM said it was a "miracle" she had been found alive.

They said she faced four metre high swells and winds of up to 40 knots.

In the end rescuers took her by boat to the hospital in the town of Fecamp, maritime authorities told AFP.