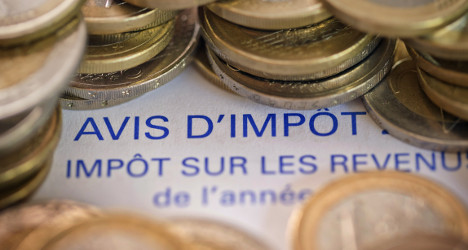 More and more French are struggling to pay their taxes. Photo: AFP

France has seen an explosion in the number of households requesting a deferral or cancellation of part or all of their tax bill in recent years.

According to Anne Guyot-Welke, from Solidaires Finances Publiques, a trade union for public finance workers, the freezing of tax benefits for single parents in 2011 meant that “many vulnerable households became taxable” for the first time.

“Many taxpayers in poverty are having difficulty paying their tax bills,” she told French daily Le Figaro. “This is also because of rising local taxes,” she added.

France has a global reputation for its high taxes. A recent study by liberal minded Brussels-based think tank the Molinari Economic Institute study found that the real tax rate for an average worker in France in 2014 stands at 57.17%, well above the EU average of 45.27%. However some doubted the veracity of that study by an organisation that has been highly critical of France’s taxation policies.

A separate study by Eurostat in June revealed that France had the third highest tax burden in Europe behind Denmark and Belgium.

The stagnating French economy is also taking its toll on earnings and on the poorest section of French society in particular.

And it could be about to get worse for many when this year’s tax bill lands through their letterbox. Despite a €350 tax rebate for low earners announced by the government in the spring, millions could see the amount they owe rise on last year, France’s BFMTV reported Tuesday.

It quoted Gilles Carrez, head of the French Parliament’s Finance Commission and member of the main opposition UMP party, as saying that between 12 and 15.5 million taxpayers can expect a bigger bill this year than last, thanks to a combination of various tax reforms.