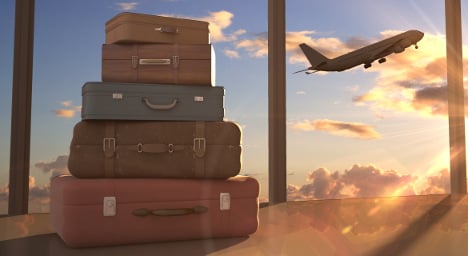 We know France has a reputation, which many would argue is unfair, for not being the most welcoming towards visitors but to have three cities in the world's top ten "least friendly" seems a bit much.

But that's what the latest annual listing from travel site Condé Nast has concluded.

After compiling thousands of reports from travel readers, Condé Nast voted France’s ultimate jewel of the Riviera, Cannes, into the second most unfriendly city in the world, trailing only crime-ridden Johannesburg, which topped the poll.

“Despite – or perhaps because of – the hype surrounding Cannes and its glitzy film festival, many readers seemed underwhelmed,” the travel magazine wrote in its motivation.

“The city is described as being ‘very forgettable’ and ‘uninspiring,’ with one reader calling it a ‘European Vegas, not much on my return list,” it continued.

The second French city to receive a bashing was Paris, who clinched a fourth place, after Moscow which came in third.

Although most readers seemed to agree that the City of Light remains both fabulous and romantic, some noted that “don’t count on friendliness” while visiting, because locals “will not budge an inch to help”.

France’s second largest city, sunny Marseille, came in fifth place, but the ranking mostly seemed to be linked to safety rather than unfriendliness.

“Although Marseille is a ‘lovely, historical city’, crime seems to be a major concern for many visitors,” it said.

Even though it’s technically not French territory, Monaco’s Monte Carlo also deserves a mention after grabbing a ninth place on the far from flattering list.

“It’s ostentatious and overcrowded,” one reader wrote, while another stated that Monte Carlo is “conspicuous consumption at its worst”.

Are these French cities really that bad? Share your views in the comments section below.