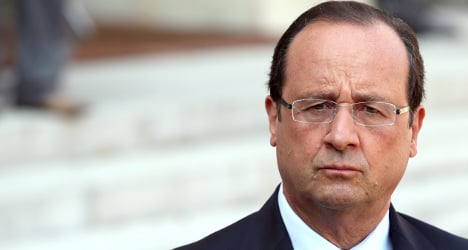 "The president confirmed that France was available to support forces engaged in this battle," Hollande's office said in a statement, after the French leader spoke about Iraq by telephone with the head of the Kurdistan
Regional Government, Massud Barzani.

Hollande did not specify what form the "support" could take.

Hollande and Barzani "expressed their willingness to cooperate to block the offensive carried out by the Islamic State in the north-east of Iraq," the statement added.

At France's request, the UN Security Council is to hold an emergency meeting on Iraq later Thursday, after Islamist militants seized the country's largest Christian town.

IS, which proclaimed a "caliphate" straddling Syria and Iraq in late June, moved into Qaraqosh and other towns overnight after the withdrawal of Kurdish peshmerga troops, residents said.

Religious leaders said IS militants have forced 100,000 Christians to flee and have occupied churches, removing crosses and destroying manuscripts.

"The persecution by this terrorist group of religious minorities, in particular Christians and Yazidis, is an extremely serious crime," the statement from Hollande's office said.

He reiterated that France was prepared to "offer asylum to those people who want to leave Iraq and who have a solid connection to our country".

Hollande said that France would push the UN Security Council to "mobilise the international community against terrorism in Iraq so that help and protection can be offered to all people in danger".

President Barack Obama said Thursday he had authorized US air strikes on Iraq and humanitarian supply drops to prevent a “genocide” by Islamist extremists against minorities.

“We can act, carefully and responsibly, to prevent a potential act of genocide,” Obama said, referring to the attacks against the besieged Yazidi minority, thousands of whom are trapped on a mountain in northern Iraq.

“I therefore authorized targeted air strikes if necessary to help forces in Iraq as they fight to break the siege and protect the civilians trapped there,” Obama said.

A French official, speaking on condition of anonymity, said Paris would repatriate the children “as much as is possible, on the condition that the mother agrees”.

“We're starting to look at how this might work,” the source added.

French authorities only have a precise location for some of the children, making these the only viable cases for potential repatriation, the source said, declining to give figures.

The cases of the 150 youngsters, some of whom are being held in camps in Kurdish-held northern Syria after the Islamic State group was driven from the area, were flagged up by authorities there or by their families in France.

Most are under six years old and were born in Syria.

The mothers of any repatriated children would be left in Syria, the source said. Like other Western nations reluctant to bring jihadists back onto their soil, France has so far ruled out repatriating men who left to fight alongside IS, or women who left to marry them.

“Minors are the exception, and their situation will be examined on a case by case basis. We have a duty to protect children's interests.”

Yet bringing the children to France will be highly complicated, not least because Kurdish-held Syria is not a recognised state, and Paris has cut off diplomatic ties with Damascus.

The decision to leave French adults in the war zone has infuriated lawyers representing their families at home in France, who say their clients are being held in illegal detention in unsanitary conditions.

“This is scandalous and hypocritical on the part of the French government,” said Bruno Vinay, lawyer for the best-known French woman in Kurdish custody, Emilie Konig.

“France is leaving these women alone faced with the inhumane choice of separating from their children,” Vinay said.

“Given that this is all they have left, it is possible that only a minority will accept to separate from them.”

In neighbouring Iraq, only three French jihadist families have been flagged to authorities.

One of the mothers, Melina Boughedir, has agreed for her three of her children to be taken to France after Iraqi authorities sentenced her to life in jail for being an IS member.

Of some 680 French jihadists who travelled to Iraq or Syria to fight, more than 300 are believed dead while a small number of others have travelled to other countries, including Afghanistan and in North Africa.

Kurdish forces say they have more than 900 foreign IS fighters in custody coming from 44 countries, prompting a legal and ethical headache for the governments of their home nations.

Kurdish authorities have asked governments to repatriate their nationals, but with a few exceptions such as Russia, Indonesia and Sudan, most have proved highly reluctant. 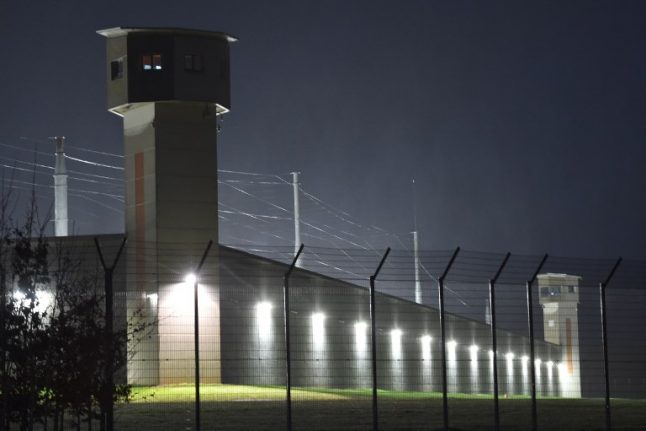