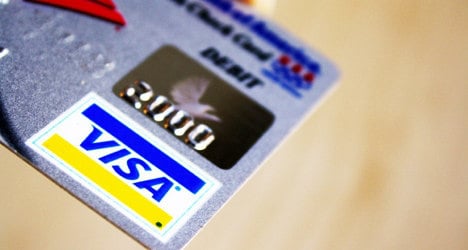 People in France are more likely to be victims of bank card fraud than elsewhere in Europe, news stats show. Photo: Photo: MoneyBlogNewz/flickr

Anyone who has been the victim of bank card cloning in France may not be surprised to hear that the country tops European rankings for the highest rate of card fraud.

According to data from Euromonitor for 2013 the amount of credit card fraud across 19 European countries (including Russia) was worth €1.55 billion.

But it is in France that the rate of fraud, in terms of the amount of losses caused by fraud per card transactions is the highest, followed by Greece and the UK.

However in terms of overall losses in financial terms the UK was harder hit with losses totalling €535 million. France came next with €429 million losses.

Together the UK and France suffered 62 percent of the total losses caused by card fraud among the 19 countries that were studied.

Martin Warwick, a fraud consultant at financial analytics company Fico, which published the data said that criminals were overcoming chip and pin technology by turning to ID theft in a major way.

“In France, chip and PIN has been used for so long that criminals have completely changed their approach and reverted to ID theft, which accounted for 66% of French fraud losses in 2013,” he said.

Identity theft includes both fraudulent use of personal data and hacking of bank accounts.

The rise in online card fraud has long been a problem in France with The Local reporting back in 2012 how 60 percent of all bank card fraud in France happens online, despite internet transactions making up just 8 percent of the national total.