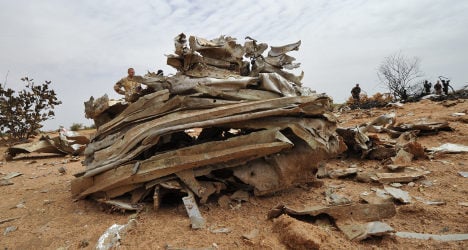 Investigators probing the crash of an Air Algerie flight in Mali that killed 116 people said on Thursday they had been unable to access voice recordings from the flight deck.

"The tape was a little bit damaged. We were able to extract it… The BEA laboratory was able to restore the tape. Unfortunately the recordings are so far unusable," Remi Jouty, the head of France's BEA air safety agency, told journalists.

French Foreign Minister Laurent Fabius has already said that the pilots of the McDonnell Douglas 83 jet, which had taken off on July 24 from Ouagadougou in Burkina Faso bound for Algiers, had asked to turn back as bad weather struck.

Authorities initially thought that 118 had died in the disaster but it later emerged that two people did not board the plane.

France bore the brunt of the tragedy, with nearly half of the victims. Other passengers came from Burkina Faso, Lebanon, Algeria, Spain, Canada, Germany and Luxembourg.

International investigators have toiled at the crash site in extremely inhospitable conditions and unbearable heat.

Forensic experts have resorted to using DNA samples to identify the dead, because the power of the impact shattered the bodies of those on board and scattered debris from the plane over a wide area.

Patrick Touron, deputy head of the French police's Criminal Research Institute, told reporters that more than 1,000 samples had been taken from the site.

"Scientifically, we have a strong possibility of being able to identify all the people," he said.

He added: "The plane dropped at a very high vertical speed, because it was literally pulverised." Those on board would have been killed instantly and would not have felt anything, he said.

President Francois Hollande has said the remains of all passengers on the plane — not just the French — would be flown to France.

French radio station Europe 1 reported early Wednesday that the voice recorder was faulty and had not recorded conversations in the cockpit.

BEA declined to comment on the report, saying more information would be given at the news conference at 2:00pm (1200 GMT).