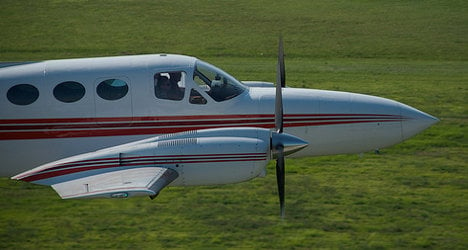 The aircraft came down near the village of St-Jean-les-Deux-Jumeaux in the Seine-et-Marne department at around 12.30pm.

The two victims are believed to be the plane’s two pilots. Of the three injured, two are said to be in a critical condition, according to reports in the French press.

The aircraft – a single motor Pilatus PC12, took off from the Riviera resort of Cannes on Wednesday morning and was due to land at Courtrai in Belgium.

The cause of the accident is unknown, but there are suggestions that a wing of the aircraft became detached from the plane, shortly before it crashed.

Firemen, police and a unit from France’s air transport police (GTA) were at the scene.

This is not the first time a private plane has crashed in France. Last summer The Local reported how numerous people were killed in a series of crashes involving private planes.