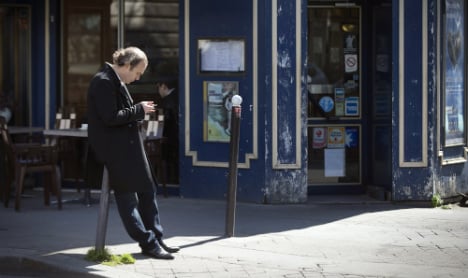 "Our offer is fair, and it is the only one that is real," Xavier Niel told the Wall Street Journal.

Referring to the purported interest in T-Mobile by US rival Sprint, Niel said: "You cannot compare (our bid) with an offer that doesn't exist."

Iliad's bid announced Thursday came as a surprise and drew scepticism about whether the relatively small French group could outmaneuver Sprint, which is controlled by the large Japanese group SoftBank.

Iliad offered $15 billion for 56 percent of T-Mobile, which is the fourth largest US wireless group and is majority owned by Germany's Deutsche Telekom.

Niel said he was open to working with partners on such a deal.

"If there are people that want to accompany us, we are open," he told the Journal.

"There are no formal discussions with anybody at this stage. But there are some people with whom we have talked."

Niel said the French firm is a good match for T-Mobile.

"We and T-Mobile are made of the same DNA. We are both aggressive challengers," Niel said in the interview.

He added that T-Mobile CEO John Legere "has done a great job at starting to animate competition, but we can do more."

The Iliad offer was described as 42 percent above what T-Mobile's price had been before reports of a potential Sprint tie-up began circulating.

Iliad, still majority owned by Niel, carved out a major slice of the French home telecoms market through innovative offers and aggressive pricing with its "Free" brand. It was awarded a mobile phone licence in 2009.

The French firm said a deal with T-Mobile was a good fit because both firms have been "disruptive" by offering lower prices and new services to challenge major rivals.