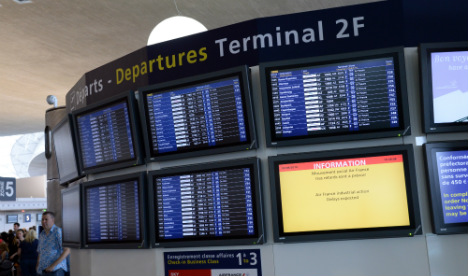 To cope with the disruption, Air France had already taken the precaution of scrapping around one in seven of its short- and medium haul flights from the capital's Orly airport. It said its long-haul services would be unaffected.

Hundreds of thousands of French citizens returning from or leaving on summer vacation, and thousands of foreign tourists arriving for a French holiday were using Orly and the bigger Charles de Gaulle airport on Saturday.

The two airports were expected to handle a combined total of about a million passengers over the weekend.

Around 15 flights at Charles de Gaulle and more at Orly took off late, airport officials said.

The ground staff were striking to protest what they say are deteriorating working conditions.