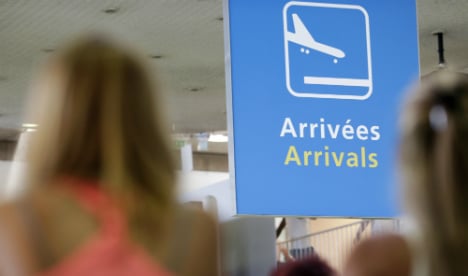 The cancellations affect Paris's Orly airport and a number of regional hubs including Nice, Marseille, Bordeaux and Lyon.

Between 15 and 20 percent of Air France flights from those airports have been cancelled, the company said on Friday, adding that it hoped it would be able to operate all of its long-haul flights.

A spokesperson for the company said that "all passengers (whose flights have been cancelled) have now been informed."

While the airline warned passengers to expect delays, it said that all flights to and from the French capital's main Charles de Gaulle airport would go ahead.

The strike has been called by the CGT, SUD-Aerien, and the Unsa unions, who say they are protesting deteriorating working conditions.

It comes as passengers and families prepare to make the traditional August getaway, with the airports in Paris alone expected to see more than a million travellers over the weekend.

"This strike comes at the worst possible time," said Xavier Broseta, the director in charge of labour relations at the airline.

"This is the busiest Saturday of the year, and the strike comes just as we are starting to see the fruit of efforts made by employees to change the company and ensure it's long-term survival."

The airline launched a programme — Transform 2015 — in 2012, intended to save two billion euros ($2.7 billion) within three years. The changes have led to thousands of job cuts as the airline tries to reduce its debt.

In June, travellers were hit by a two-day strike by air traffic controllers which left hundreds of passengers stranded and forced US Secretary of State John Kerry to take a train from Brussels to Paris rather than a US military plane.