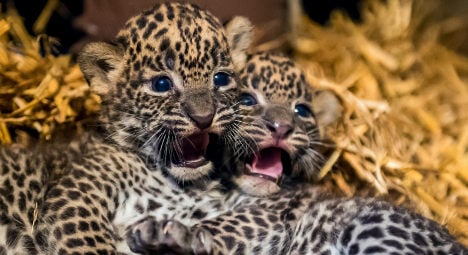 Two rare Sri Lankan leopard cubs have been born in a zoo in northern France, a boost for a sub-species of which only about 700 remain in the wild, the head of the zoo said on Tuesday.

"There are only a few of them in captivity with about 60 spread across some 20 European zoos," said Jimmy Ebel, of Maubeuge Zoo. "These leopards are under great threat due to deforestation and poaching."

The cubs were born on July 1st and weighed around two kilos.

The zoo, close to the Belgian border, houses about 300 animals including Asian elephants.