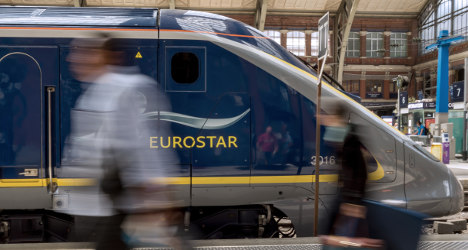 High-speed cross-Channel train operator Eurostar said Tuesday it will launch direct services from London to the southern French port city of Marseille starting May 1 next year.

The train will make stops at Lyon in eastern France and Avignon. It will take four and a half hours to get to Lyon, six hours to Avignon and about six hours and 15 minutes to Marseille, on France's Mediterranean coast.

Eurostar already allow passengers from London to make the trip south, but it requires changing stations and trains, and while not impossible, it can be an inconvenience.

Lyon is widely regarded as France's gastronomic capital while Avignon hosts the country's best known theatre festival in July. Marseille is an ancient, multicultural city and was France's main port during colonial times.

The return journey to London will take an hour longer due to immigration and customs formalities that will take place in the northern city of Lille. Britain is not part of the European Union's visa-free Schengen zone.

Eurostar currently runs summer services to Avignon. The first tickets for the new service will go on sale in December.