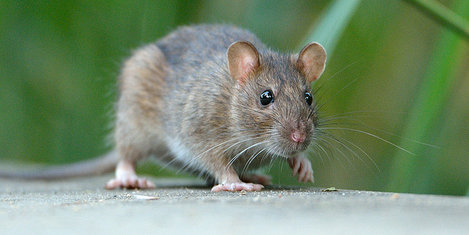 The rats in the Jardin du Carrousel, squeezed between the world-famous gallery and the Jardin des Tuileries, have grabbed the attention of French media after a photographer for photo agency SIPA caught them on camera.

Like many city-centre parks, the garden has long had a rat problem, but during the summer the rodents proliferate. According to photographer Xavier Francolon, visitors to the park seem unperturbed by the animals:

“You could say that both tourists and Parisians have got used to it. They eat their pâté, drink their rosé or quaff their champagne next to the rats. Some people even manage a nap,” he said. Children play hide and seek among them and even run after them, he told Le Point.

According to Francolon, for some tourists the rats are all part of the Parisian experience, thanks to Disney animation Ratatouille. The film, set in Paris, tells the story of a culinarily gifted French rat. Many tourists think “rats are Ratatouille and Ratatouille is Paris,” Francolon told Metro News.

The Louvre works year-round with the city authorities to keep the rodents under control, but last week it called in a pest control agency after the numbers became too much. The park is particularly attractive to rats because of its proximity to the River Seine and its popularity as a picnic spot.

"Food waste on the lawns and in the bins attracts rats and promotes their proliferation," a spokesperson for the museum told Metro News.

This video from a tourist in Paris last year shows that rats  (and misbehaving tourists) are a common sight at the Louvre: