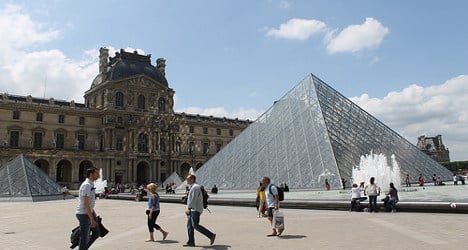 Citing anonymous sources at the Culture Ministry, the newspaper said the move to keep some of Paris’s most visited cultural sites open on a daily basis is inspired by similar actions already taken in New York, London and Madrid.

At present, they stay open six days a week, and are closed on either Mondays or Tuesdays. Last year, the Louvre received 9.2 million visitors, Versailles 7 million and Musée d’Orsay 3.5 million.

None of the three institutions wanted to comment on the plans, saying it was “too early” to talk about it, French daily Le Figaro reported.

In London, all main museums, such as the British Museum, the National Gallery and Tate Modern keep their doors open seven days a week.

Madrid’s Prado museum followed suit in 2011, while New York took the leap only last year, applying the seven-day access to museums such as the Museum of Modern Art (MoMa) and the Metropolitan Museum of Art with the exception of Christmas and Thanksgiving.

The seven-day operation could be welcome news for the Louvre museum's finances which have been hit by a flurry of problems in recent years, including a fake ticket scam and a spike in pickpocket thefts which in turn led to a temporary closure of the museum due to a staff walkout.