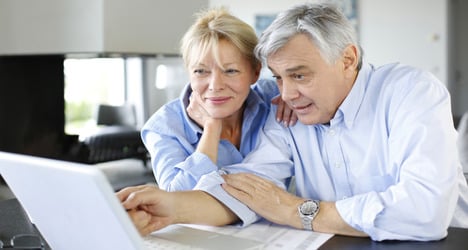 Expats living in France already knew this, but compared to some of the darker corners of British and American healthcare, the French system is incredibly good.

It's got so much going for it, in fact, it grabbed 97 out of 100 points on this year's edition of International Living magazine's Annual Global Retirement Index. According to the magazine, the Gallic system is unbeatable for expatriated retirees.

“France provides the best health care system in the world,” it concluded, describing it the medical services as “inexpensive”.

The report said that France, which was followed by Uruguay in second place and Malaysia in third, “offers excellent benefits, paying the bulk of the cost for a range of medical services that includes doctor’s visits, hospital stays and prescription medications”.

In many cases, the French healthcare system covers up to 70 percent of medical services fees. When it comes to serious illnesses, however, it can cover as much as 100 percent.

France’s ranking was also helped by the fact that many French medical workers in major cities speak English.

The survey was based on the opinions of the magazine’s editors, expat correspondents and in-country experts.

But opinions vary on the matter. Earlier this month a French government study found that compared with other EU countries, France is getting far from the quality it is actually paying for.

Government spending in France was the equivalent of 54 percent of the country’s total wealth in 2012, which puts it well above the European average and ranks it third for the freest spenders on the continent, behind Denmark and Finland.

Yet many of its neighbors were spending less and getting better services in return according to the report, published by France Strategie which is linked to Prime Minister Manuel Valls’s office.

France’s health system, which is considered among the best in Europe, also cost taxpayers more than in most EU countries. Sweden and Finland both had more effective systems, at a lower price than France, the table found.

Though the UK was not far behind France in cost (7.9 percent of GDP versus about 8.3 percent respectively), the Gallic care was considered nearly three times better.

The France Strategie report stated “there is room to improve efficiency in our healthcare system (lack of outpatient care) and our overconsumption of medicines”, adding “health spending would also be more efficient if there was better coordination between actors.”