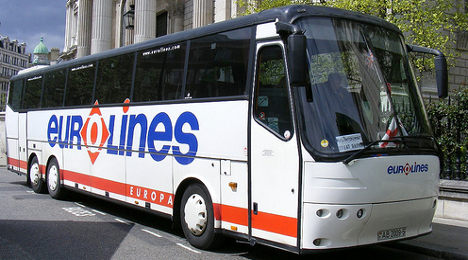 French border police find an arsenal of weapons on board a Eurolines bus. Photo: Sludge Gulper/FLickr

A routine check by border police at the Port of Calais turned up 10 guns and 500 rounds of ammunition in the baggage compartment of a London-bound Eurolines passenger bus that had just arrived from Amsterdam.

The agents discovered a veritable arsenal packed into a some luggage that included three loaded automatic pistols, three revolvers, a Luger, three Italian and one Czech-made weapon, a silencer and about 500 rounds of 9mm ammunition, French paper La Voix du Nord reported.

Police interviewed all 35 people aboard the bus and took DNA samples, but none of the passengers have been arrested in connection with the weapons.

The probe into who the guns belong to was still underway and it wasn't immediately clear when the seizure occurred.