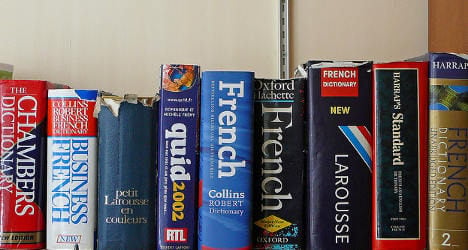 Anyone seeking a long-term visa in France in future will have to swat up on their French. Photo: Tim Green/Flickr

French authorities are aiming to make a dent in the mountain of paperwork and delays generated by some of the antiquated sections of its immigration system with a new ground-breaking bill.

The proposals are also seeking to address a growing humanitarian crisis among its most vulnerable recent arrivals.

The French government hopes the legislation, proposed at Wednesday's cabinet meeting, will mean a kinder welcome for foreigners and real effort to help them integrate into society. At the same time France wants to catch up on its delay in attracting the best and the brightest minds from abroad.

'France must remain a land of immigration'

Current Interior Minister Bernard Cazeneuve told French paper Liberation that France "must remain a land of immigration and a land of asylum," adding that "countries closed to the outside world are condemned to decline."

The law, which was penned by Prime Minister Manuel Valls in his previous job as interior minister, is an effort to approach the controversial topic in a calm and pragmatic way, the government claims.

Multi-year visas: Many foreigners in France are here on a “carte de sejour” (residency permit) that is good for a year. For scores of thousands of people this means making an annual appointment at the local Prefecture, waiting in line and then usually going back a second time because the clerk wanted additional documents in order to stay legal.

But this new laws proposes making the permits valid for up to four years, meaning a huge reduction in paperwork for foreigners and the government alike. As it stands 99 percent of the renewal applications are granted. However, as the proposed law is written, one would have to be taking language and civics classes to get the extended visa.

And getting the coveted ten-year residence permit after that would be conditioned on being able to read and understand simple texts in French.

One visa for skilled workers: The government is calling it a “Talent passport” and it would be a new visa category that allows people with particular talents (artists, scientists, athletes and business leaders) the possibility to more easily live and work in France.

It would replace the tangled mess of various visas issued depending on one’s circumstances and reasons for being here. The idea of these four-year visas is to attract talent to France and make it easier for those people to work.

“We’re far behind the rest of Europe, our neighbours attract far more of these types of candidates than we do,” an unnamed government source told French daily Le Croix. Cut asylum delays: Amid wars in Iraq, Syria and Afghanistan, France has seen the annual number asylum seekers nearly double in six years. In 2013 the number stood at 65,894 and though only 11,415 cases were granted asylum, many had to wait up to two years for a decision from French authorities.

The new law proposes cutting the wait to nine months by 2017 via a programme of bolstering resources and manpower. Cases suffering from excessive delays could also be fast-tracked, as could appeals lodged when asylum seekers are rejected.

Protecting asylum seekers: During the two years many asylum seekers spend awaiting a decision from French authorities some are lucky enough to get into government housing. But half of them end up homeless, living in squats or improvised housing they’ve found themselves.

The “integration” aspect of the legislation has already raised the hackles of immigration rights activists.

“[The legislation] is characteristic of the obsession with the struggle against irregular immigration and the order to “integrate” but it doesn’t demonstrate any substantial progress in the area of fundamental rights,” pro-immigrant group GISTI told AFP.

Pro-immigrant group GISTI (Information and Support Group for Immigrants) called the residency permit reforms a half-measure that fails to tackle the real issue, which is providing some guarantees to immigrants about their future in France. The group called on the leaders to grant ten-year permits to long-term residents.

“The granting of a "multi-year visa" which could, additionally, be taken away at any time by the Prefecture, doesn’t resolve any of these problems,” the group wrote in a statement. “We reject that in 2014 the people who have built their lives in France are left unstable by doubtful residency rights.”

Another immigrant group La CIMADE said the government has clearly chosen to stay in “continuity with the policy of repression”.

There was no immediate word from France’s far-right, anti-immigrant National Front, but it is undoubtedly legislation they will weigh in on soon.

It's unclear when the bills could be voted on, but the government was hoping to get both before parliament by the first quarter of 2015.