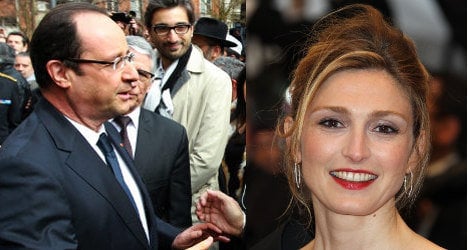 Is Hollande about to get married to actress Julie Gayet? He himself has denied it, but he's been. Photos: AFP

There won’t be a new “first lady” in the Elysée Palace anytime soon, if the eligible bachelor who currently occupies the home is to be believed anyway.

President Hollande poured cold water on the rumours swirling among France’s political class and media in recent weeks that he is going to tie the knot with actress Julie Gayet next month.

Hollande’s secret affair with the French actress was revealed by Closer magazine in January, to the shock of the global press, if not so much the French media. Since Hollande unceremoniously dumped his former partner Valerie Trierweiler in the aftermath of the revelations, little has been said of his relationship with Gayet.

On Monday night at a dinner with the presidential press corps, Hollande took the chance to rubbish growing rumours him and Gayet were to say “Oui” to each other on August 12.

“The only event on August 12th that I know of is my birthday,” Hollande said. “There’s no need to bring any sweets,” he told journalists according to l'Express.

According to Le Parisien newspaper the rumours began when an unnamed member of the Socialist Party said that “for the last three months we have been hearing that Hollande would be formalizing his relationship with Gayet through marriage on August 12th".

Hollande has not been seen, or at least photographed, with Gayet since their affair was made public, but with the summer holidays coming up, and Hollande set to take a break, we may find out if their romance is still ongoing.

His popularity ratings actually received a boost in the aftermath of the affair coming to light, so marriage may not be a bad idea for the unpopular president. 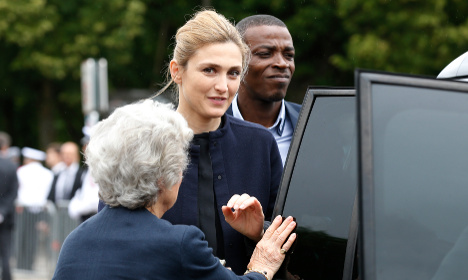 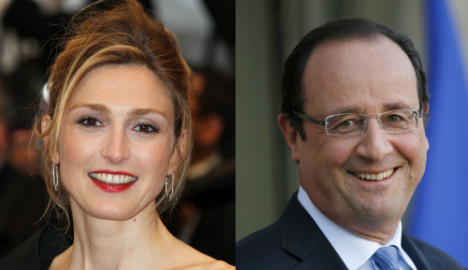