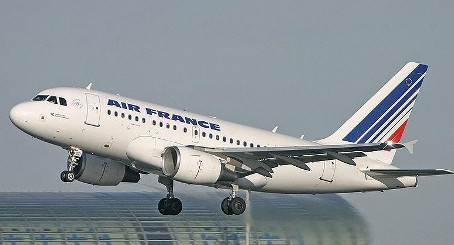 Air France said on Tuesday that it was suspending its flights to Tel Aviv, joining a host of airlines to stop service to Israel because of the deadly Gaza conflict.

Air France took the step of halting all flights to Tel Aviv after American airlines US AIrways and United Airlines had taken similar action.

American aviation authorities have barred its airlines from flying to and from Israel for at least 24 hours after a rocket landed near Ben Gourion airport in Tel Aviv.

Other airlines to stop service include Germany's Lufthansa.

Later on Tuesday  Europe's air safety watchdog said it would recommend that all European airlines avoid Tel Aviv after a rocket fired from Gaza struck near the city's international airport.