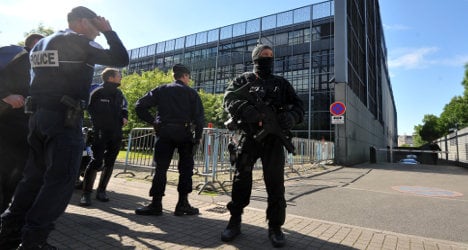 Two men and a woman have been arrested in a dawn raid in southern France on suspicion of recruiting fighters for Syria and planning attacks at home, police said.

The suspects were arrested in the city of Albi in a joint raid by the DGSI intelligence agency and RAID, an elite police special operations unit.

Two had returned this spring from three months in Syria and one is suspected of recruiting jihadist fighters, according to preliminary information.

A police source said they are suspected of planning "violent acts."

The French government is deeply concerned about the radicalisation of a fringe among its five-million-strong Muslim minority after hundreds of its citizens were found to have joined the ranks of jihadists in Syria.

France this month unveiled a bill aimed at strengthening anti-terrorism laws to stop aspiring jihadists from travelling to Syria.

It includes a ban on foreign travel of up to six months for individuals suspected of radicalisation, and gives authorities powers to temporarily confiscate and invalidate their passports.

According to official estimates, around 800 French nationals or residents — including dozens of women — have travelled to Syria, returned from the conflict-ridden country or plan to go there.

Fears that returnees from Syria may pose a violent threat were thrown into sharp focus in May when a French-Algerian man fresh back from the country shot dead four people at the Brussels Jewish Museum.