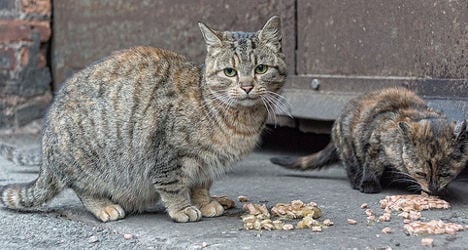 A Frenchwoman was slapped with a stiff fine for feeding cats that weren't hers. Photo: Bev Goodwin/Flickr

After her efforts to help feed a pack of stray cats in her neighborhood, a Frenchwoman’s “kindness” was rewarded with a €500 fine recently.

The trouble all started in the south-central France town of Macon with a retired woman, a pet lover with four cats at home, carrying out what she considered an act of civic kindness by leaving something to eat for the pack of strays in the neighborhood.

That worked fine for a while, but when she moved out the cats kept coming in search of dinner. It didn’t sit well with one of the other residents of the building who reported her ex-neighbour’s philanthropic behaviour to local police.

I turns out the kindly cat feeder kept leaving out a little something for the creatures even after she moved out. It eventually led to her being hit with the €500 fine.

The aggrieved cat lover told the French newspaper Bien Public that she’s no “criminal” and was just being nice.

Under French law, repeated and continuous help of “disadvantaged animals” is forbidden. Authorities have decided the act is a too risky for people, who could catch a nasty disease like Toxoplasmosis, a bacterial infection that can be fatal and is common in cats.

The authorities also want to avoid a situation where places frequented by children, likes parks and schools, would be soiled by stray cat poop.

Being forced to pay a hefty fine is certainly unpleasant, but there are worse fates when it comes to dealing with wild (feral) cats.

The Local reported in July 2013 the case of a Frenchwoman who was mauled by a pack of mad moggies.

“They jumped on her and managed to knock her over. The wild cats bit her on the leg and on her arms. They even pierced an artery," the victim’s mother told French newspaper Est Republican.

“The vet told us that, in his 20 years in the job, he had never seen such a thing. He couldn’t find a single explanation for the cats’ abnormal behaviour.” 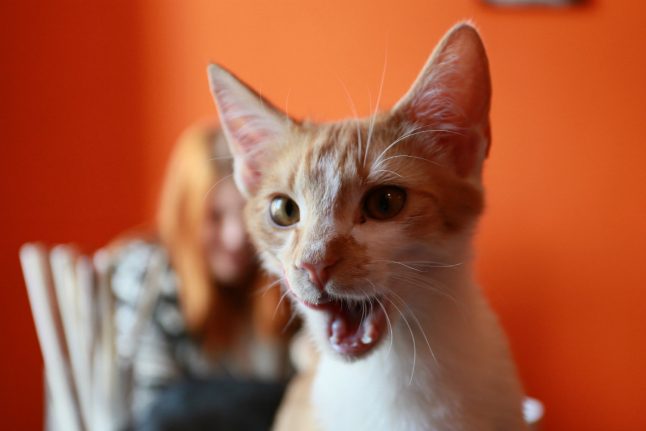